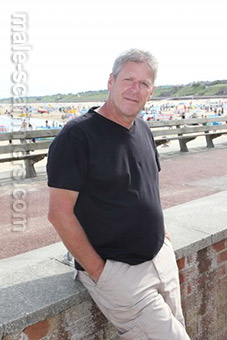 REPORT N1 (added on October, 8, 2013)
Lora (USA)
Wanted to immediately get off site. Said he was widowed no children and had moved from Chicago to Oregon after her death. Had grown up in Las Vegas, Nevada. Working on oil rig outside of Doha for Allied Petroleum and Gas. Fell for me within < 1 week. Wanted me off Topface to be only his and asked me to write so he could get leave. I did so and received a reply of consideration within 10 minutes. When he contacted me next he had an interview set up. Next day he was told they would not pay to fly him home so was asking me for flight money. When I said I was broke and had an inaccessible retirement account and no credit he asked if I could take a loan. He had no friends except for one on the rig. I told him I could not and he said ok he would keep trying. Needless to say I haven't heard from him since but saw he was back on Topface I would hate to have someone fooled as he is very sweet initially and mannerly. Also said deceased wife's name was Sandra. I could not find any record anywhere re him or her.
REPORT N2 (added on November, 12, 2013)
Luisa (UK)
I met the guy witth the same picture of Daniel Murray on Cupid last August. I just came out of a long relationship and I was very fragile. He said He was widower with a teenager boy called Aaron and working in Syria for Dyncorp International He said H e was british but he spent over 20 years in Usa,where he met his wife Jane,lost 3 years ago to cancer.He claims that he can only text me for security reasons and he will be back in December.He asked me indirectly for money but he stopped when i told i havent got any..and for any reasons i would never send money to him..He is very articulate and chats every night,his English is almost perfect and he sent me 7 diffrent photos of himself.and appears on the photo in Uk.I live in Uk.