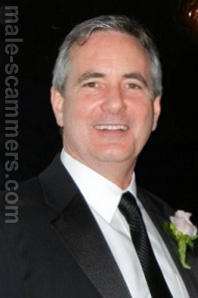 REPORT N1 (added on October, 8, 2013)
Rose (USA)
Typical scam attempt.
REPORT N2 (added on January, 19, 2016)
Cynthia (USA)
I did a search about this person and found 2 of the pictures he sent me on the instant search on image raider. He claims to be from Reno Nevada and is an engineer. He has only sent me two emails but I became specious quickly. He sounded to good to be true. He contacted me through someone else on e-harmoney. Sad that people do this type of thing.
REPORT N3 (added on July, 8, 2016)
Mary (USA)
I initiated contact to his email. Barbet on match emailed me that her friend, Jonathan Ortiz, liked my profile, but wasn't on match. She gave me his email address and phone number. Also a site where his pictures were supposed to be, but the page wouldn't open.
We communicated from May 2 to June 1, 2016. Barbet said his wife died from alzheimers. He said she died from colon cancer. Both said 5 years ago. He said 2009, which makes the math wrong. I would ask questions in my emails, which he never bothered to answer. He asked for my phone number after five days, so I called him. He said he loved me after nine days. We emailed and called almost daily. He looks white. Said he was born in Panama, moved with parents to Turkey at 15+, and then to Florida and married. Has a son Mario in University of Florida. He has an accent, hard to understand at times, doesn't keep phone up to mouth.
He was waiting on a contract to be approved. He got an interview and flew there. He was only 5 hours away from me, but never suggested coming to visit. We had only been talking two weeks though. He flew back to Reno to wait for word on the contract. He won the contract and had to fly to Turkey immediately. He got a new cell phone there. I got an international plan. He called with his new number, but usually wanted me to call him. After working for a few days, he said the officials came and said he had to pay a non resident tax of $104,000. He had spent all of his money on machinery, materials, and paying employees. He was going the next day to see if they would deal with him.
They lowered the amount to be paid as soon as possible. He would pay the rest when he received his first payment at the end of four weeks. He'd originally told me he would not be paid anything until the project was completed. He didn't ask me for help right away. When he did, he didn't give me an amount. He just said if there is any way you can help. I told him I didn't have much money.
I did find his email address with a younger man's picture on it for Instagram. Then when he asked if I could get $10,000, I said no. I told him I didn't think he was the man in the pictures he had sent me. I told him goodbye and blocked his email on May 28. On May 30, I called him. I wanted to hear his voice. Then I didn't answer when he called me back. I called him on 5/31, and he reeled me right back in. He cried. He said I hurt him so bad with the things I said. He said he is the man in the pictures. He said you will see in three weeks when he takes his break and comes to see me. I said I only had $500 and he asked if I could get $1000. I said maybe. Then he said can you get $3000. Maybe. How about $5000? I'll try. He said he would send an address, and he would see if he could get the information for a bank transfer. He promised to pay me back and thanked me so much.
He never sent the other information. But I spent 12 hours searching for him. I found a site for IP addresses and found that he was emailing from Sunnyvale, CA the whole time. So that was all I need to know it was a scam, but I wanted to know who he was. I found picture match and matched John Gomes on your site. Now I knew the guy in the pictures was the one scamming me. I was hurting, but I was also very mad. I don't want him to actually scam anyone else. He is good at what he does. I fell for him. Likes to kiss over the phone - kissing sound; Very good with loving words, etc.
REPORT N4 (added on October, 28, 2016)
Liza (USA)
I am glad that Mary and others women posted this scammer Jonathan Ortiz..This is the 4 th day that we are emailing each other and OMG all the starting scenario is the same..the emails content are carbon copy..This must be his everyday routine work..to scam women having his middle person from match.com to approach all he can victimized..Thank God...I googled his name.early ..saw picture he sent me...Thank you for having this site..thank you Mary..

I Just have to compliment your pretty photo and remarkable profile. Well I'm John. I live in Reno,NV just came across your profile; So I decided to stop by and say Hello. I'd really like to know you...If interested in a conversation please respond by communicating with me on my email johngomes05 AT yahoo dot com. I'm actually new to this on line dating stuff and I don't know my way out so I will prefer if we can send each other emails, here's my email address johngomes05 AT yahoo dot com. I'd like to get more serious with our communication so we can talk and have a little more to each other and see where it goes from there, so please write to me via email which is above.

Oops i think my subscription lapses today or tomorrow and I'm not sure if I will get your response.

I'll be looking out on my email.

Good afternoon, Hope your day is blessed? Thanks for contacting me, well, I'm very new to online dating and am trying the email thing. I’m currently living the BEST chapter of my life!!! The older I get, the better it gets! The more I flow with life~ the more JOY, CONTENTMENT & FULFILLMENT I experience! I love to laugh & laugh often! And I love making people LAUGH.

I try my best to fully experiencing everything that happens~ embracing the good & sad times, & everything in between! People tell me that I’m a very REAL, genuine, SINCERE, down-to-earth & FUN-LOVING person. I can be FUNNY & GOOFY, but also, SERIOUS & PHILOSOPHICAL.

I am self-employed- Civil Engineer and Interior Designer Architecture. I lost my wife to colon cancer and life has been Up and low but still have reasons to always smile.

I enjoy having HEART-to-HEART talks, but I also love JOKING around & being PLAYFUL. I have a STRONG but GENTLE spirit: I stand up for what I believe, but I
Read more

Romance scam letter(s) from John Gomes to Liza (USA)
Sweetheart pls...
Sweetheart pls forgive me for sending you this note out of the blues; i don't really know how to say this or start ... but with all due respect, i wanted to let you know how my Friend/Former BOSS Jonathan read your intriguing profile & he's really interested in a chat with you to see where it goes... I was only talking him into online dating & while showing him how to use the dating site, we saw you and he read your profile and liked what he read about you... Jonathan is not an online tech savvy person so; i decided to take this leap of faith on his behalf because i have worked with him for quite sometime now & i am very sure that he is a good man. Jonathan is a 63 year young widower; area having lost his wife to cancer 5 years ago, he is now ready to move on. He confessed to me saying you are the only woman that caught his attention and he thinks you are sweet and attractive; He complimented your interests from the Appearance, Lifestyle, Backgrou
Read more