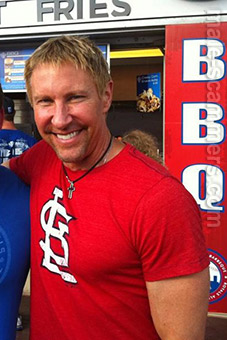 REPORT N1 (added on October, 1, 2013)
Maria (Philippines)
Initially, He will send a letter to your email regarding business/employment and then will arrange to meet you in your country with her secretary/assistant (usually a woman) who speaks your language. They will call and offer business deals for atleast 1-2months communication.Mark will call your mobile almost everyday and will try to be sweet and talk about his grand daughter or son, all about his family, his businesses etc. until you feel comfortable. He will make you believe that he is rich, a big business man.They will arrange flights to your country and convince you to meet them until when they are at the airport in Malaysia (on transit), they will call and say they have a problem at immigration and they will convince you to lend them money for 1-2days until you give in. They will say they need 5-10thousand usd that they were held or detained at the airport with the baby, they will cry over the phone till you give in then another problem will emerge and say they cannot fly because they need money to pay to people so you are left with no choice hoping that they can fly and pay you. If you have money like I do, you could easily lend. You will think that they are maybe fooling you, you are in denial because Mark already established his contacts and closeness with you. They will beg you and use the kid to talk to you and cry for days. They will promise to arrive to their destination and promise to pay you in cash the amount you sent to them (usually via western union). Mark will receive the money thru western union in Malaysia until the full amount he is asking is completed. They will make you wait at the airport but will never show up. Until you realized (after 2days) that you were scammed.
REPORT N2 (added on January, 20, 2014)
Karen (New Zealand)
Michael started to chat from a dating site, Older Dating in New Zealand, chat a few times then he suggested we talk on Gmail chat.
We had contact for 5 months,.
Requested monies for $500 at first to help with gold mining.
Had up to 4 requested for money. Nearly $20,000 in total.
The money was sent by Western Union and Michael Duke was the name used for pick up.
He was suppose to be getting monies from the US and that was going to get him to New Zealand and pay me back. He just stopped contact.
REPORT N3 (added on October, 6, 2015)
Angel (Singapore)
He send a request to befriend me in facebook. I accepted it and he wrote and chat with me. Told me that he is a divorcee from United States, and is a geological science residing in Isle of man Europe located in Irish sea in Ireland. Said I am pretty and he is attracted to me, and I must be hurt by my divorce. While chatting, he will try to fish out information about where I work in, what is my company's name, and what my company is dealing with. As we chat, I began to be suspicious of him.
I checked his photo on the website and found that he is a scammer named Mark West from Kuala Lumpur (Malaysia), London and Liverpool (UK). I suspect he has other names too.