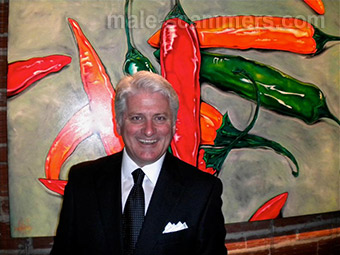 REPORT N1 (added on September, 12, 2013)
Darlene (USA)
This man who goes by the name of Carl Cross was on a website called DoULike this is how we met. He claimed he was born in Switzerland but moved to NY a few years ago and had a business in NY dealing in antiques and diamonds. The so called Mr. Cross said he was traveling to Malaysia to buy goods for his business so we started to communicate thru email and phone. He told me when he arrived in Malaysia he would call me and he did. But little did I know at that time he was from Malaysia. He told me his wife died from cancer and he was raising his son who is now 17 yrs old on his own. This is where it all started because just a couple months prior I lost my sister to cancer and I was 17 when my Mom died. Oh how my heart went out to him. Then he started to have one problem after another and I started to send him money to help him out at first I was reluctant but he assured me he would pay me back. He sent me a copy of his passport, documentation of his shipment , pictures of him and his son and his address in NY. Then I started to notice when he called it was always a different phone number so I questioned him and of course he had an answer for everything. I began to do a little research on my own and found out I was scammed out of $26,000.00 because everything he told me was a lie. I have all the receipts from Western Union, all the phone numbers he called from, his fake passport, and photos of him and his son. This man still has all the numbers he called me from. I have called everyone you can imagine in Malaysia. The Royal Malaysian Police I believe knows this man because when I called them and told my story and heard my name they hung up on me. I am hoping to catch this man so he cannot do this to another woman. He has also been reported to ic3.gov and the Royal Malaysian Embassy in Washington and my local police.

Romance scam letter(s) from Carl Cross to Darlene (USA)
Hi Darlene,
How was your night?I guess you slept well.I'm so glad to read your message this morning.Let me tell you a little about me..I have my only son name by David.He is so intelligent and respectful.I came to New York last 3 years ago after the death of my wife.My father is from Switzerland while my mother is from NY.I spent most of my years in Switzerland.My wife died in breast cancer in Switzerland.I really passed through a lot of pain but I only consoled myself due to my son.I'm a business man that deals on buying and selling of Antiques. I am gorgeous simple person, I am looking for someone to spend the rest of my life with. I need to be able to trust this person with my whole heart, I have not found someone like that in My life, every time I think I can open up something happens.I like to do things with the other significant person in my life, but I also encourage her to go out and spend time with friends and pursue her own interests and hobbies as well.I
Read more