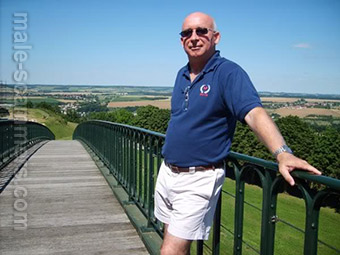 REPORT N1 (added on September, 5, 2013)
Mercy (USA)
Terry philips first initiated the contact with me thru Facebook last April 2013. I did not accept his friend's quest until June 2013. Then he sent me a message immediately. He told me that he would like to know more about me and give me his phone number and he ask for mine which I hesitantly give it to him.. Since then, he started calling me on the phone. He told me that he is Swedish and been living in America since college. We have been talking on the phone for 3 months. He told me that he has an inheritance from his father and he needs to go to Malaysia to take care of it. While he was in Malaysia, he told me that there was a problem taking his money out and his lawyer could not do anything about it. The first time he asked me for $5000,00 to be sent to his lawyers account at mr. Koelfi Donald, Then the second time, he requested $35,500.00 to be sent to KSN management services, another $10,000 to Earth Marine Services. Another $1000 thru Western union to Josia Barry, another $1,000 to Terry Philips and the last transaction of $500.00 to Lesedi Moswen., in total I have 7th transactions with Mr. Philips and I can send you the copy of the receipts. I ended up sending him the total amount of $53,000.00. He told me that he will pay me right away when he come back to the US and he will meet me in Memphis, TN to give it to me. Our story ends when I asked him too many questions regarding his addresses, the name of the hotel where he was staying, etc. I also called his so called lawyer and that may trigger him to leave Malaysia and the last text he told me last Wednesday is h is on his way home and he will call me but never heard fom him and when I called his phone, the magic jack service in unavailable. That was when I knew he was scamming me.