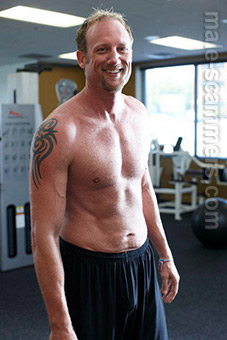 REPORT N1 (added on September, 4, 2013)
Stacey (USA)
This person emailed me through Facebook and I didn't notice it until the end of May since it was sent directly into my Outbox on FB. He was charming but never overly charming. He said his name was Antonio...that he has a now 14 year old daughter named Kimberly (told me to go to his FB page and see her photos)...that he was a building contractor and that his wife passed 7 years ago from cancer. After weeks of talking through email and then phone calls (but his number was unlisted), we developed a very close relationship and then even met in person a few times. He told me he lived in Charlotte, NC. He would send me photos, very sweet emails and we actually did fall for each other. he called me his future wife. Never once was I suspicious in any manner. No warning flags, nothing that would have led me to believe he was not for real. He told me his mother, step father and two half sisters lived in Paris and that he was originally from Florence, Italy. He has a ton of photos of him there as well as so so many of he and his daughter, trips they have taken, etc. Then a week ago today, he told me that unexpectedly he was having to travel out of the country to Dubai on business because one of his building contracts was taking him there. When I asked did he do commercial, he said no it was residential, which I thought was odd. During our next conversation that same evening, Antonio stated that the boarding school in Florida where his daughter attends (due to his work) slapped him with an extra $4800 in fees and he wanted to know if I could help him cover some or all of the money until he was paid by his current pending contract through work. He was insistent but not ugly. When I told him I did not know and that it could be sometime before I would have the full amount, he wanted to know a specific time frame (even then I knew something wasn't right...I could have given him the money but I needed to be sure it wasn't a scam). Then he left for Dubai, emailed me several photos from there and things were fine for a few days...no mention of the money. Then he asked me again about sending the money to him there and that his hotel was assisting him. When I told Antonio that I would not be able to send him any money, he said that was what he was waiting to hear so that he could make other arrangements. Ive heard nothing from him since. Through looking further online and through other investigative contacts, I came across your site and found that others had reported him as well. This is sick!