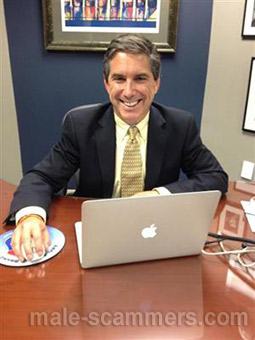 REPORT N1 (added on September, 4, 2013)
Jean (USA)
Met george on match1 we talked for months and each time that we were going to meet something always came up then he had to go to london for a job that was only going to be 10 days well as far as i know he is there still told me that he needed 20,000 because he had to pay the taxes on what he had coming from a job that he did there when i told him that i don't have that kind of money he got upset and said that he knew that.
REPORT N2 (added on December, 11, 2013)
Candy (USA)
He contacted me through Facebook in the beginning of October. Said he was an Engineer and got a job in Malaysia. He needed 32000 for taxes so he could start the job and come home to me. Then go back and we would stay and finish the job together. When I said I didn't have that kind of money the amount kept getting reduced

Romance scam letter(s) from George Kay to Candy (USA)
Imagine we are in my lounge. Nobody else is in the house.
We have a bottle of red wine open. We’ve already drunk one glass each there’s some soft jazz music in the background the lights are dim tell me what you are wearing??
so, tell me what you’re wearing???
Your dress will be coming off quite quickly, so start with that

And nothing but the nightgown

Nice. I have blue jeans, a tight “rock star” tshirt, nice watch So we’ve had some wine. We’re very slightly drunk
I just got some new boxer shorts. Masters of the Universe
They have pictures of the hero characters
e are laughing. We feel like the only two people in the world a song I like begins So suddenly I take your hands, pull you to your feet, and we dance a simple, amateurish dance
We are dancing, but really we are not thinking about dancing You have one arm on my shoulder. The other is holding your wine glass behind my back Our whole bodies are touching. Your breasts against my chest, your stomach a
Read more