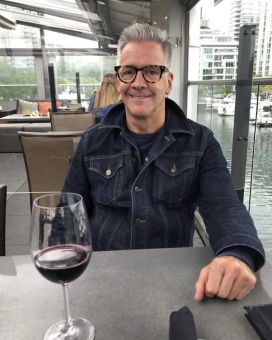 REPORT N1 (added on June, 24, 2022)
Thelma (USA)
Says he's Canadian, but lived in Texas. Claims to have been working in Dubai and owns Doyac Construction in NY. Also says he's a widower with teenage daughter in Canada. Met him on dating app Zoosk. Exchanged phone numbers & talked & texted for 7 weeks. Said he loved me & called me his partner, which should've been a red flag. After about 3 weeks he claimed he needed $$ to complete job but couldn't access his bank account in Texas. Was supposed to return to US, then kept having one problem after another & always needing more $$. He cried & said he was living in the street so I sent him some $$. Said he'd be able to leave Dubai & he promised to pay me right back but then another problem requiring more $$. Got upset & stopped talking to me when I wouldn't send more money. He sent me copies of paychecks he received but can't deposit because his bank account is on Embargo Hold. Also sent copy of boarding pass for his flight back to US, which he couldn't get on since he owes fees/taxes to UAE. He swears he's not a scammer & said he doesn't take what doesn't belong to him. Said he will pay me back once he "gets himself sorted". Said I was rude & uncaring so he cannot talk to me any longer. Says he will contact me to pay me back once he "gets himself sorted".