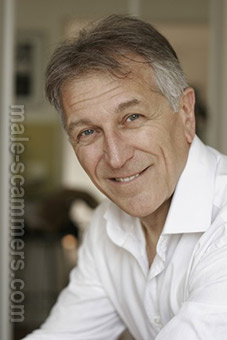 REPORT N1 (added on August, 7, 2013)
Suzanne (Canada)
I've met Michel Faure on Badoo on the 2013-05-03. he told me that he was in QuEbec and when I ask him when we were going to meet, he says that he was a French man from France actually Marseille and that he was taking the plane the very next day to go home. He told me he didn't have time to visit with me but that he was going to come back soon. He says we can go on Skype, didn't have a Cam. We were writing each other e.mail and 18 days after, the same week that he was suppose to come back in Quebec after going to Burkina Fasso he ask me to send him 800$. He says he need the money to pay for the duty on his goods he had supposely bought in Burkina Fasso. I told him that I wasn't going to send the money because I told him at the beginning that if he ever ask me for money I would let him go. What I did now I've seen his picture the same he send me as Michel Faure on Badoo with two different names. I really wish that this croock is not going to get someone else.
REPORT N2 (added on May, 6, 2015)
Sharon (USA)
He contacted me on the dating site on okcupid. then we talked on yahoo messenger. he told me he was working on the North Slope as a oil rig contractor. he said he lives in Anchorage. after a few days he told me he tried buying his son a cell phone but the card did not go through and asked me if i can buy his son a phone and send it to him.....forgot where his son is....Netherlands or some place like that. I told him i had no money. the then told me to give him my bank account and he will transfer money and i can use that money to buy the phone and send to his son. I told him i had no bank account. and he said why are all alaskan women live in the bush. I have not heard from him since then.