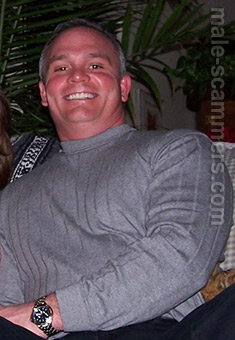 REPORT N1 (added on August, 7, 2013)
Joanna (England)
He contacted me on Skout telling me he is a single father of a girl,I think he said she s 9 or 10 years old and he is looking for a woman to share his life with .He told me he s divorced by the mother of his girl as she cheated on him with his best friend.We spoke a few days on Skout and after we moved on messenger.He told me he s a business man and he likes to be involved with many business,and he s living in Chicago.H e didn t give me any phone number at that time.One day he contacted me via messenger informing me he sin Accra ,Ghana,for buying some gold .He stated he bout gold in value of around ?70000,and he should send it to Usa with a ship but he should pay insurance for the gold ,which he done it but he hasn t had anymore money to get the ticket to come to see me as he planned.He also told me he s there with his girl and they wouldn have enough money either to come to me ,or go to his pretended home in Chicago ,where he should be in for Wednesday ,and the supposed problem with the gold happening on friday.He insisted asking me to help him as I am the only person who could help him as he wouldn t have any friends,being so rich everybody would want only the money from him.After a lot of persuasion and complains that he s going to stay there in Ghana, that he s daughter is upset ,I decided to help him even if my sister and a friend warned me to don t believe him.He had the ability to make me to have feelings for him and to feel guilty not helping him.He gave me a phone nr which he told me is the hotel number ,but after i realized was his own Ghana mobile number.He asked me to send the money through a western union on his driver name as would be more dificult for him to get it then somebody from the country.He asked me for ?550 and I sent him ?570 with the sending fee.He pretended as well he s card got blocked in California where he s been before going to Ghana and he would have around ?7000 on that card which he couldn t take it out till he would get to Usa .He gave me his driver address and name and I sent the money through western union.He promised to me he s going to send me a copy after the fly ticket which he done it ,on which was his and his daughter name ,but now i know that was a scam too.He pretended as well when I asked him why he can t buy it online that the people from the country accept only liquid money from the foreigners.He rang me before getting on plain thanking me for the help and promising me he s going to send me my money back as soon as he gets to Usa and that will visit me the following weekend.I herd from him only after 2 days ,as he said the plain has been delayed for a day and that he s going to sell a bar of gold to send my money back to me,as he said unblocking his card will last few days.I didn t hear from him for a while ,like a week,after that i was contacted by his supposed girl via messenger, telling me her father was jailed fighting for the gold when he wanted to make a deal with the person ,and he should pay i think around ?500 to be released from the jail ,otherwise he should have 45 days to work in prison for the community and he wouldn t be able to come to see me,This time i knew he s only a scamer and I didn t send him anymore money ,He gave me before being jailed two phone numbers, which didn t work and in jail he gave me a phone nr telling me is from the jail and where somebody answered calling for him
This were the phone nr:-mobile-0018057651807 [on this nr answered somebody`s else vocemail ,only]
-home-0018058793967[after few attempts of ringing without anybody to answer ,the voice maill informed me the number is not longer available]
-jail:-0014132853249 [this was the only Usa number which i spoke with him on] All the numbers had a connection with Google as the voice mail said google subscriber your call is not available.
I knew then the daughter and the guard whom I spoke with via messenger are him ,but I didn t say anything as I hoped he will give me the money back.After a while,like 2 weeks I have been contacted again via messenger by Steve telling me he s been released from the prison as he had the best lowyar deffending him and he s going to send me the money assuring me he loves me very much and I am everything for him. with this he disappeared again for a good while ,ihe didn t reply to my msgs ,and after a while he just came online to thread me being mad at me as I left him some msgs with my opinion about him.I am sure he just came back online to make sure I am not taking any action against him.He told me then I don t know what happened again to him and he s going to give my money back .But I never heard about him again.On Skout his profile is still on with the location -Ghana.When I asked him why is Ghana he told me maybe remained set down like that since him being in Ghana

Romance scam letter(s) from Steven Wood to Joanna (England)
Let me tell you lil about me.

I will never be thirty again; and frankly wouldn't want to go through all the drama. I feel I have earned every frown and smile line! My life has been filled with heartbreaks, unfulfilled promises just to mention a few, and i don't want anymore hurt or pains...but...
I would start by saying i honor God for my life and all he's done for me so far i am self confident, loving, loyal, trustworthy, honest, optimistic, tender, caring, sensual, affectionate and adventurous person who make decisions on a daily basis.a friendly person with an intelligent witty sense of humor.which is never at the expense of someone else..nor racially demeaning....I'm a man with a mind toward upward mobility ...a loyal creative sharing and generous, very romantic man.... who is a giver and not a taker with a flair for the finer things in life.... can dress down when relaxing but like too look and smell nice without flaunting achievements or success... takes
Read more