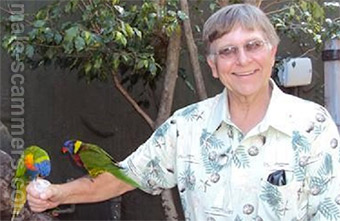 REPORT N1 (added on August, 2, 2013)
Jane (USA)
He located me on the dating website and we began corresponding via that site for several weeks. Then we began texting via cell phone. Later we did some, not much, on Yahoot. After several weeks, he stated somethings that were contrary to what he had said before. When I indicated that for the relationship to continue we needed to meet in a public place, he indicated that he was out or town (Dallas, Texas) and would not be able to meet for about one week. About 4 days later, he texted that he needed money ($500) and I respond NO but he then said that $250 would help. I again said NO. He tried to contact me for several days after that but I did not respond. He has been silent for about 5 days now.

Romance scam letter(s) from Steven Smith to Jane (USA)
Jane, Here is little about me I was born in Rome Italy, grew up and attended college in Shanghai China due to my Dad's job, He used to work as a book-keeper and dispatcher for a big Chinese trucking company so we had all lived there until we returned to Rome Italy after his retirement until his death in 2001. I lost my two brothers to an auto crash way back in Napoli city 2 years later, (2003) precisely. And mom is a certified massage therapist now living in Rome Italy, which is her hometown.

I had moved from there to this area with my family after the loss. Dad was very a caring father to me, He had always made me to be happy and also let me realize that the only thing we gain most in life is how much happy we are when we are living in the world, And also he made me understand that every single day we live either happy or not happy is a day we can never get back in life. The world makes for a cold place without family around. I'm a very happy and honest person,
Read more