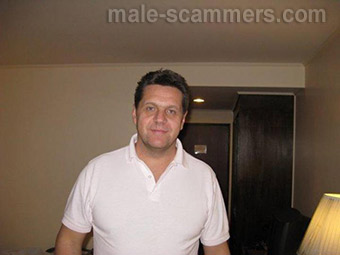 REPORT N1 (added on July, 10, 2013)
SalomE (Bolivia)
He contacted me through Netlog, at first I was totally surprised because I was not member of that site, we started a relationship as friend, then as companions and later he asked me for marriage, we had written each other for more than three months and half, every day letters, e-mails, sms, and calls, he explained and sent me several photos as member of the USA Army, when we met he said he was at a Air Force Base at the UK, then he said he was moved to Ghana and then he requested me to send an Iphone 4 to fulfill his duties because his ID card was lost, later he explained me he was sent me a parcel to keep it until he came yo pick me up and I had received and e-mail explained me that I should have to pay the parcel delivery insurance which was cost USD 8.500.- as I could not get the total amount I sent in three times the total amount of USD 6500.-I sent to Raymond Igwe and Vincent Igwe who supposed to belong to United Courier Express Service Company at M/S 300 New Achimota Road/ Accra - Ghana, * 233508550993, united-courier-express@diplomats.com, website htpp://ucexpress/delivery.co.nf/, after I had sent the money it seems everything OK but after teo weeks they called me pointed out there was a problem with the parcel and I had submit USD 90.000 as I had explained it was not possible to me find such mount of money, the scammer told me he was being transferred to Nigeria and when he arrived there he had a terrible accident and he did not get in touch with me anymore