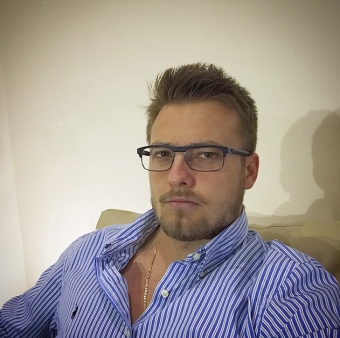 REPORT N1 (added on September, 20, 2021)
Dobby (USA)
Liam Alexander was on Instagram and started talking to my friend. She gave him my email address for Google Hangout, and he thinks he is still talking to her. He says he is from Brazil but lives in Tampa, Florida. He said he is in Damascus, Syria as a "military orthopedic surgeon doctor." He says he is 44 years old and has a daughter named Jessica who is 11 years old. She is in a boarding school in Tampa. She will be 12 in OCTOBER. Liam said that his father died in a "military war" when he was 7, and his mother "died in breast cancer" when he was 13. He was raised by a "neighboring teacher." (I have heard that same story before from some scammer.) And today he tells me Jessica will have her birthday on SEPTEMBER 15. He has finally decided to fall in love and of course I love him, too. He wanted me to email his daughter because the boarding school would not allow phone calls. I got her email address. Then he said he missed me so much. I told him that was the reason I wanted him to come home, to go on a two-week vacation with me, and Jessica could go, too. He asked me if I could pay for a three-month vacation. That's what I've been waiting for. He gave me the email address for the UN. First, they wanted up to $46,360 for three months, and I was to pay it in bitcoins. The UN doesn't deal in bitcoins. Then Liam said I could pay it in Google play gift cards. I could send the numbers to either him or to the UN. His name should be "Lame" instead of "Liam."

We the vacation UN unity receive your message.

We have successfully confirmed from Dr. Liam Alexander and he said he is fully aware of you applying for a leave to join you in United States of America. Now our leaves here are varies on how many months and you can said applying from this below:

So you will have to choose from the list above how long you want your fiance Dr. Liam Alexander to be with you?

To proceed with the leave for your fiance Dr. Liam Alexander you have t
Read more