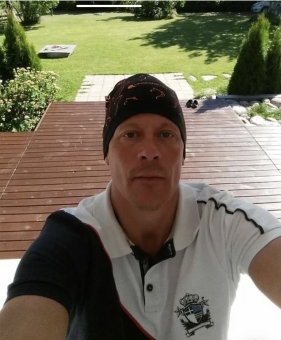 REPORT N1 (added on September, 13, 2021)
Karen (UK)
Michael matched with me on Tinder. He said he was Finnish. We moved to WhatsApp to chat more. He told me he lived in Minehead in the UK and worked as an offshore engineer (alarm bells already ringing).
After a few days when he said he was doing safety training he asked if he could come down to see me the following weekend and I agreed. So far so good. But a couple of days before he announced that he had a 3 week contract that had suddenly come up and he had to leave straight away.
He arrived on the rig where the internet was apparently bad, but not bad enough to stop him contacting me to tell me how much he wanted me and I was his woman. I was getting suspicious now.
Then after a few days he had to order replacement parts and couldn't get into his bank account because the internet was bad, even though he could still contact me.
He sent me the link to his bank Royal Capital and asked me to log in with the details he would send me and arrange payment to the suppliers. I was immediately suspicious and refused at which point he became incredulous and angry that I wouldn't do it.
I've checked out the link he sent me for Royal Capital and I can't find out anything about it other than it is apparently based in somewhere called Providence in the UK which doesn't exist. It's a very professional looking website.
Since then I have not surprisingly heard nothing from him on WhatsApp - he has removed his profile photo. And his Tinder profile has been deleted or unmatched.
Things that he told me - he has a flying licence (because his dad had a small jet), he came from Northern Finland, he has a son aged 11 with an English mother. He has worked all over the world. When I asked him what his last name was he told me that his dad was Spanish and he lived all his life in Finland and his name was Michael Campo do Santos!