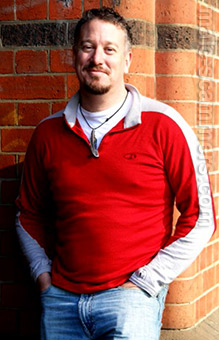 REPORT N1 (added on June, 18, 2013)
Cathy (USA)
First he contacted me on the site (maybe 3 months ago). His profile said he was from New York, (never mentioned he was British). His profile was simple, said he wanted a woman who he could be happy with. I sent him a reply, it was also simple, just casual and talked about New York. He didn't reply for a week or more. Then I didn't reply for a couple of weeks. Then he replied with a very flattering message. I replied maybe a week later. Then we started talking. He convinced me to let him cancel my profile from the site. I let him take charge, which I liked at the time, but I gave him to much charge. He asked me to give him my password, so he could take me off of site, not thinking, I did. I checked that day, May 26, 2013, and my profile was gone. He was very insistent with me with a lot of things in a soft way. He convinced me to get a international phone service, so I would have the ability to call him. He said he would get his calling card the next day. He proceeded to tell me that his wife had left him for a richer man, and he was raising his 8 year old daughter. He said he made his living as a sports agent, who procured soccer players from around the world. He said that presently he had left New York and was in England bringing back some American soccer players. His daughter always went with him when he traveled, and she had a teacher and a nanny who went with them. He said his x wife wanted a fancy life. She wanted to have breakfast in Paris, lunch in Italy, and shop in Brazil in the afternoon. He obviously was creating a picture of him being wealthy. He said he owned a house and had 2 cars. I never asked, he volunteered this information. Always said money couldn't buy love. After a short while, he said he was talking to his sister about me, and she said just open your heart and tell her how you feel. He said he was tired of being single. Then, you know what happened. Yes, he would tell me how much he loved me, on and on. He wanted to marry me, etc., etc. He kept saying he hoped I wouldn't break his heart and he for sure wouldn't break mine. Of course, it was hard to believe, but woman love this stuff.