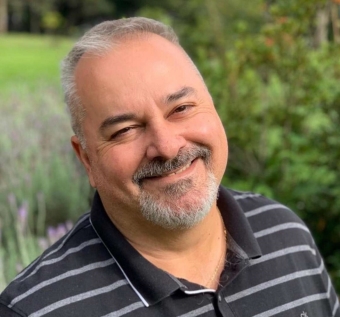 REPORT N1 (added on July, 23, 2021)
Lisa (USA)
I had met him on hi5 themail friend him on FB he is a very charming man. Said all the right things to make you feel good. We spoke over FB for about 2 weeks. He says he in import and export business first it was oil then he said he had to fly to London with medical supplie. His time frame of went he landed and his message did not make Sense. He told me that the British customs wouldn't release his shipment because he didn't have enough money. He asked for 700.00. I simply told him my daughter needed surgery and asked if he would send me 2300 so she could get well. He said he would find a friend to loan him the monly. He also sent a pic of him in london, he is not smart because the photo showed him in a coat with snow. However when I checked the weather it was 64 on the day he was in London. Also his Fb pic is not the same as the pic. He had sent me. Scanner.
REPORT N2 (added on August, 26, 2021)
Patricia (USA)
He contacted me initially through another woman's match.com account.
Claims to be a civil engineer working with own business called Keno Construction and Materials (fake web site) he stole from Thor Construction, says he lives in LA.
He is dangerous, has elaborated scam going on. Pretends to be millionaire, gives you (fake) power of attorney to fake Cadence bank site and has you move around his money.
All a set up, and not real. Has fake contracts. Business email is Kennedy.obrien@engineer.com Claims to loose luggage at SA airport, then has all money tied up due to online transfer issues. Wired money to non existent companies in UK for construction materials via Barclay Bank.
Claims to have an 18 year old daughter at Oxford studying medicine names Annabel. He even gets a SA woman to call you, but refers to him as Ryan. Number called from is 447767417092.
All an intricate scam, please beware he is really good, and very convincing.