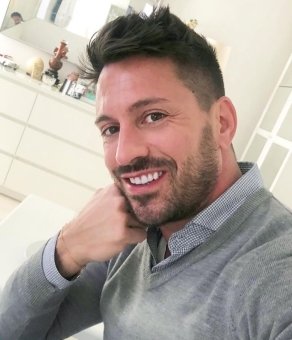 REPORT N1 (added on July, 6, 2021)
Loiss (Belgium)
He invited me as a friend on Facebook a few months ago. After 1-2 weeks I accepted him and within 5 minutes he started a conversation. A few days later he asked me if I wanted to add him to Whatsapp. Because he was not very often on Messenger.
After that I was very soon his great love and he wanted to share the rest of his life with me. Alarm bells immediately started ringing because I had never seen him before. Then I asked if he wanted to make video calls. Of course he didn't want that. He hates this. But after much insistence, he did so anyway. The call lasted 5 seconds!
He wanted to meet me in person but first he had an important business trip to Ivory Coast in Africa. Immediately after this he would come to me. He says he is a car dealer and he had to deliver goods there. They were sent ahead and on Friday he would take a flight to Africa. He sent me a picture of his suitcase. After looking up the photo of his suitcase, this photo turned out to yield 192 results.
On Saturday morning he had an appointment with customs. That had not gone well and in the end it turned out that he had to pay ? 1,877. Of course he asked me that. But I already suspected that! I was the only person who could help him. He begged me to help him. But, of course I didn't and then the so-called love was very soon over. And I also was a very mean woman now, of course.
After researching his photos via TinEye, Google, Bing and Yandex, I came across many photos on various dating sites.
After further investigation it turned out that all the pictures he sent me were stolen from a man from Seville, Spain.