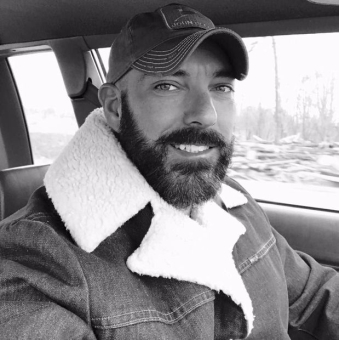 REPORT N1 (added on June, 30, 2021)
Maria (USA)
Six months ago I met Adam Simon on Match. We hit it off quickly and in less than two weeks he was professing his love for me. He told me he was an arquitect, Swedish with a son Michael 26 who lives in England, was self employed and working on a project. Went to NY to do a presentation then had to leave for Poland where he fell down the stairs hurt his back, and had surgery. When it came time to be discharged he said he did not have enough money for airfare so I offered to pay and that is when the money expecting began but he never put pressure.
After that it was the hospital bill and hotel bill and until he paid the hospital bill the hospital was holding onto his passport. He made promises of returning home soon but all of the sudden the issue of paying subcontractors came up and he said that they would not let him go until the money he was receiving from the company he did the consulting with cleared the bank. He did show me a Certificate of Completion for the project he worked on from a legitimate company but not sure if this is real.
I looked up the name of the person I made the deposit to and it turned out that the picture of Alvin Kadwell from Big Rapids MI is the same as Adam's. Adam's picture also is shown under the name of Dean Simon of Simon Ventures where on Link it says he is CEO and his picture on Google Image Search is also listed as Simon Edvin.
I strongly believe that the man on the pictures I have is not the real scammer and is victim of identity theft and these poeple are using his image to scam women. The only thing that got me suspicious was that one of the pictures he sent me a few months ago from Facebook had the name Simon Edvin underneath. This week I emailed him the images that a friend of mine found of him on the internet and I spoke to him about and he said he contacted his attorney to have to images removed but then I found this site and sent him the information here just so he would know and he went into a tirade of worry and was saying that my friends were trying to destroy us and all sort of other things to the point he said he was done with me.
When he thought I was going to hold back in providing more money afterwards the mental manipulation came into place and it was bad. He said I was killing him and to the point where he was rushed to the hospital. I'm out of some money but not much but I strongly believe this person is in the US and has acquired a phone number from Poland to call me quite often. He also has a TN phone number. I also asked him to do a Skype or facetime and he said he would to prove me wrong and I asked him to send me recent picture of his son and him and got put off and the picture he sent was an old one that was on Facebook. He always said that he would try to pay me back.
In addition, it seems that there is more than one person involved since lately he has asked me to deposit money into an account of a woman in Galloway, Ohio.
What is interesting is that Adam is very eloquent, has good grammar and the times we spoke on the phone had the Swedish accent and we've had itelligent conversations on Yahoo Messenger and for a person that does not want to talk to me he still has me as a contact on Yahoo Messenger.
His picture on this site has been posted under Edwin Deam Simon but I have more pictures that are the same face as this one.
Places where money was sent.
Alvin Kadwell
513 South State St.
Big Rapids, MI 49307
Bank Name: Lake Oseola State Bank
Bank Address: 790 North Michigan Ave., Baldwin, MI 49307 Bank Phone: 231-745-4601 Savings Account: 5800141
Linda Reed
JP Morgan Chase
Galloway, Ohio