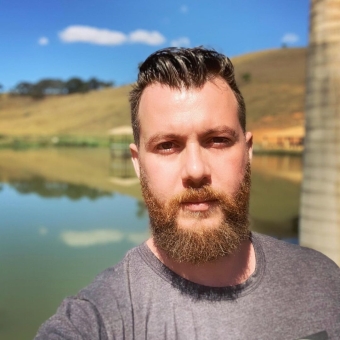 REPORT N1 (added on June, 29, 2021)
Cristina (USA)
I met Richard on Wooplus dating app first days of March. A few days after chatting on wooplus he asked for my whatsapp number and i gave it to him. We began chatting almost every day, he said he was a financial analyst and was an expert on bitcoin investments. Offered to teach me how to invest, immediately assumed i'd have $5-20,000 to invest, which i assured him i did not. He convinced me to try out with a smaller amount, but since I am from Costa Rica, no cryptocurrency app allowed me to trade directly to he offered to do it on my behalf, this was about 40 days after meeting him and talking daily, so I trusted him and sent him a paypal of $1500 to what he claimed was his cousin's girlfriend's paypal account: shaylee.prittchard@aol.com I sent it, and he disappeared for 2 days after I sent the paypal. He said his phone had fallen and the screen was not working, but his friend was going to work on it. Since he disappeared I assumed the worst and researched his number on spokeo and googled him. Found out his number was a New Jersey number registered to a woman's name from Atlanta. He claimed to be from New Mexico and living in New Orleans for 2 years. He reappeared saying his phone was not fixed, but that he'd get a new one soon, as due to it being broken he could not make video calls. I never trusted him again but continued to chat with him to see if he gave me back the $1500. He claimed 2 weeks later he'd grown it to $2500, I tried to have him send it back but he kept saying i needed to invest more, and to trust him, that he was very good at this. I did not get the money back, and I told him i knew he was a scammer. He sent a message assuring his love for me and that he was so sad bc bitcoin had gone down and he wasn't able to take the money out in time. I did not respond aftter this.