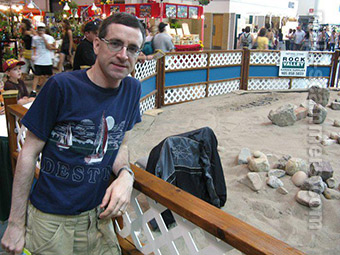 REPORT N1 (added on June, 11, 2013)
Mega (Indonesia)
Hi there, I don't know how to start. Seems it's hopeless. But I still hope God will help.
I am just being scammed by John Green, he said he is from Phoenix, Arizona. His facebook address is www.facebook/dagrin101 but it has been deleted from facebook. And his phone number is +37259860453 (it's also off now) He said he is a businessman in Scrap Global Trade from Africa to Europe. He contacted me in facebook and we started to chart in blacbery (his blackberry pin no is 25E9289C) in March 27. Early April, he said he flew to Tallin, Estonia for a business. And will receive payment for the transaction. On early May, he said he would like to come to Indonesia to open a company. It's all drama as I realised now. Because then he opened an account for me in BSL bank in Tallin. This bank then sent me several emails regarding the opening bank account by John's reference, data change, activation code, passWord change, etc. Everything looks so real. You can find it in http://www.bsl-group.org/ John deposit 110.000 USD into that account that made me believe he would come to Indonesia. He asked me to help him to book hotel, car and office for that. His email is greeenjo70@yahoo.com Finally on may 10, he sent me his ittenary with KLM. He should arrive in Jakarta on May 15, 2013 but need to transit in Amsterdam and KL.
May 15, 2013 morning he suddently called from KL, saying he is being detained by immigration for bringing 250.000USD cheque with him. And suddently a lady officer with phone no of +60163479636 called and said John was detained and need pay for a short fine of 3.000USD. Because he already paid 27.000USD from his cash.
Without knowing anything, I paid the 12.000 MYR (equal to 3.000USD) through western union for Mason Alan, KL with mtcn 259-149-2756. After being processed, they said the flight to Jakarta would be the next morning. But the next morning, the lady officer asked me to pay 8.000USD to make anti-money laundry certificate for John, withouot that certificate he won't be allowed to fly. So I transfer the money to Nancy AK Gubah 2times each for 12.000MYR. The mtcn are 693-257-1342 and 111-034-8471. I was like being hypnotist. I never did such thing. Just follow the instruction. So stupied. And it didn't stop there. The next morning, John said he should make anti terrorist certificate. This is the final requirement. After that, he can fly to Jakarta. But here, I realised something's wrong. And started to check on the internet. OMG, I have become a victim. What should I do now? Please help me to cath John and the gang. Please put him to Jail. Because if not, there would be many more victims on this planet.