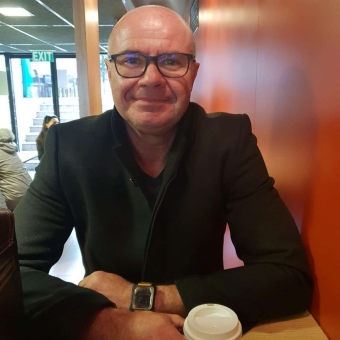 REPORT N1 (added on May, 25, 2021)
Donna (USA)
I met a guy who called himself John Leo (Patti) on a dating site called SeniorPeopleMeet. As soon as we exchanged phone #'s, he claimed his SeniorPeopleMeet account was hacked. We were supposed to meet and he was going on a short business trip which ended up lasting 3 months. We texted, talked on the phone a lot and SKYP'ed once. He claimed to live near me but his phone # 580-910-6041 was from Oklahoma. I questioned him about that and he said he got it when he lived there. I am a 51 yo successful business woman, who is divorced. Since I travel a lot with my job, I gave him the benefit of the doubt. He was supposed to return home, worked on an oil rig (yeah) but asked me for money $1000.00 to borrow. When I told him no he changed his tune. I told him I thought he was scamming me. 2 days later he texted me asking for me to send him a picture of a Vanilla Gift card. I did NOT. I have not had any contact since then. I did report it on Facebook and to the FBI. I have a voicemail from him as well with tons of texts messages. Since our last conversation, he keeps creating new Facebook accounts. I report them all and FB does remove them. I have also been friended by another known scammer who uses the name Mark Riggs. FB did not remove him but I blocked him. I did not lose any money, just a little pride but I have read a lot about it now and see how vulnerable so many people are. I have pictures. They are of the person who claimed to be John Leo with me. There are 3 others that showed up on FB recently with that same name. I don't know if this makes them all in the same ring or if my scammer is just getting desperate. It is very sad that the people in the pictures have to share their identity with these scammers. Social platforms should be forced to have security scanning for inactivity or stalker activity. I am disgusted. Please Thank you.