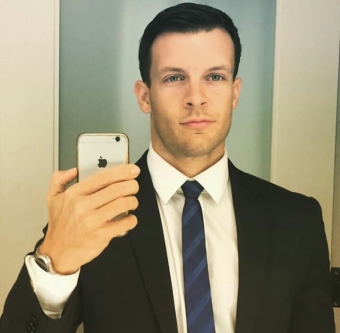 REPORT N1 (added on May, 20, 2021)
Diddi (Germany)
Ashley spoke to me in a chat at the time . He made a very sympathetic impression. Told that he grew up in England. Parents died, grew up as an orphan, but they also died and were very bad to him. Pictures are sent, but only after push and it always takes a while. Video calls reportedly don't work because the camera is broken. He then worked as a model, there very unhappily partnered, was cheated. As a model was then raped and beaten together and fled in panic under the mediation of a model agency to Lagos/Nigeria. There reportedly fell on windy mediators several times. Job lost. Worked in a factory, there has been bruised for wages. He writes a lot of great love, very flattering. Eventually came the request for some money. My suggestion that I had nothing myself was answered with supplications. After a long hesitation in then trying to send money. The strange, it never went directly to him, always to alleged friends. When I asked why I couldn't send him something directly, he said he shouldn't have an account in Nigeria (hahaha). The strongest was; one day he called in panic (the first time I heard his voice, conspicuous to me, was a voice, rather black skin color, and begged for money! He would have been arrested for finding out he was gay. And handed the handover to an alleged policeman. He initially demanded ?6,000 (!!) for his release as a bribe. When I emphasized several times, he reacted very angrily and reduced the amount up to 2000? I told him again that I could not pay any money and put up. Two days later, Ashley announced that he was free again, that his landlady had guaranteed and paid for him. He then spoke almost every day, very loving words came.He can write very lovingly, then pretends to starve rather than ask for money. My request to have a video conversation via WhatsApp was repeatedly rejected with the reference to the defective camera.
Through a friend, I have now learned that he is not an Englishman, but a Nigerian. He probably lives very well from the scammer money, becomes very rude when he refers to his scammer activity. So: be careful!!! Don't fall for the pictures, even a mini-video.
I hope that it can now be taken out of circulation.