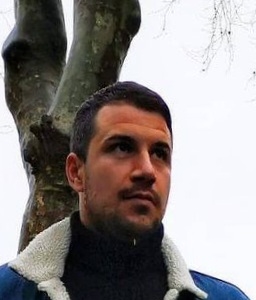 REPORT N1 (added on May, 12, 2021)
Lenul (Czech Republic)
He approached me at Interpals, wanted to talk to someone who likes to travel. After three days, he asked me for a WhatsApp contact, I warned him that I would provide the contact, but don't ask me to send me money or inappropriate photos. He told me he didn't need my money, he had enough, he's an oil agent. if he didn't have enough of them, he wouldn't talk about traveling,He confessed, there was love with every message, after about 3 weeks he wrote to me that somewhere the oil well he was in charge of, which he is in charge of, burned documents, cards, he has no way to pay for the treatment of employees.I said no, I don't have a good experience, I was blamed for not believing it would offend him. He cut off communication for two days. Then he addressed me again, again two days of confession, then a request for money.I said no again and lost my hand. the day after again ask for money. I blocked him everywhere. The time spent together lasted about 1 month. We communicated via whatsApp, hangsout, Interpalls. We were on the phone, he wasn't able to video chat, he allegedly had a broken camera on his phone.I have about ten photos of him, however, I've never seen him via video chat, I don't think it's him. Thank you.