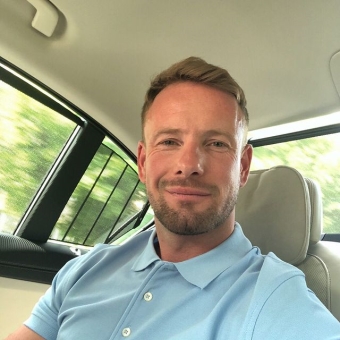 REPORT N1 (added on April, 29, 2021)
May (USA)
Name is David Thompson Kowalski, says he works for Emirate Airlines, as a pilot, he had contacted me on Plenty of Fish. Said he was a pilot, and had a contract to fly some important people around Dubai, was going to be there for 9 weeks. He said couldn't video chat because of policy for company he worked for. He could talk to me on phone had an accent, sent photo of himself but for someone who is 56, sure doesn't look like it. Found out that all the photos he sent me were of a Polish, German guy who works as an independent for I Love me 79. He asked if I could get him bitcoins, and wanted to know my address. He said he sent me some financial papers but it was returned to him. Would not video chat, said his laptop was for work only so could not video chat with me. Wanted me to send him my drivers license ID. he gave me his SS# but no way to check that out.
REPORT N2 (added on August, 18, 2021)
Beth (UK)
I got a message from him on Facebook. We got talking for some time and then wanted to go onto WhatsApp as sometime shis messenger would play up. He told me he flies the army to Nigeria because Boku Haram had taken American Hostages and they need someone who was reliable and trust worthy so they asked him. Tbh I didn't think anything of it because I had a lot going on with my health and my parents health after just hearing they had cancer. So it was someone to talk to and he took advantage of the situation. He didn't message all the time throughout the day because of his work. But then when he went over his card didn't work with it being Mastercard so asked if I could send over ?100 to help him with food then it went on and on. He said that they had an agent who was helping them named Ibukun Oluesan he could get them the stuff they needed. In the end I was getting blackmailed. He had hacked my phone and got all numbers and pictures of me and everything and every contact on my phone. I had changed my number and they still managed to contact me. It got so worse that I had to get the police involved. They said they would look into it, they sent me a form to fill in for Victims. It turns out the photos that were being used were by a Polish Instagram Influencer who does travel on Emirates planes for work. I am getting emails with threats so blocked and reported as spam. As of yet no further correspondence.