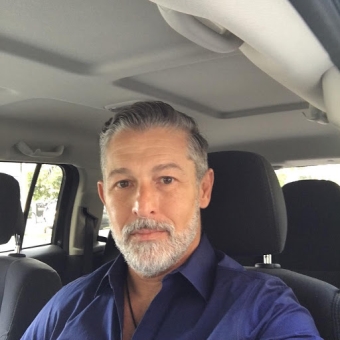 REPORT N1 (added on April, 6, 2021)
Dobby (USA)
This dude was playing the word game on FB Messenger with a friend of mine until he decided to try chatting with her. He said he lives in Florida but is a Master Sergeant in Afghanistan on a peacekeeping mission. He wanted her to go to Hangout, so I told her to give him my email address that I use to catch scammers. I would pretend to be my friend. I have the conversation between them and am submitting those screenshots with this report, along with screenshots from Hangout. The name on his Gmail address was Billy Howards, not Billy Howward.
When I did a reverse photo search on his avatar, I found other pictures of him with names he uses. Two of them are ones he sent as extra pictures of him. This guy is a real dirt bag! I told him I would message him during lunch at work the next day, and later he started talking while I was "taking dictation" and had to type it all before I left work that day. He insisted upon talking, and he even placed a video call while I was taking dictation. I am 81 years old and am nowhere near an office in reality, but he did not know that.
His scam was that he wanted me to buy him a $500 stream card, whatever that is. He begged me to get it tonight and send the numbers to him. He had a lot of nerve, considering that he was after something of value. He is demanding, self-centered, stupid, and a scammer. My friend reported him and blocked him on the FB game, and I reported him and blocked him on Hangout.