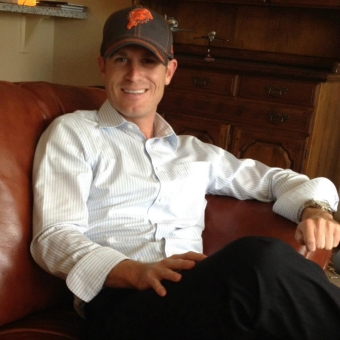 REPORT N1 (added on March, 30, 2021)
Dee (Canada)
For over 2 years (2016 - 2018), this man claimed to be in St John's Newfoundland, Anchorage, Cape Town and finally Bahrain where he got stuck with a job he was working. He claimed to live in Toronto and stated he had a home in Montreal and Vancouver as well. He stated he was widowed as his wife was killed in an automobile accident and had been pregnant with their first child... He also claimed that her family lived in Vancouver and that he was estranged from them due to their blaming him for the car accident.
Within a few weeks of speaking with him numerous times a day, numerous emails exchanged, the first request for money came. As we had established a connection (and I was in an extremely vulnerable state after a nasty 6 year relationship ended), I succumbed to the lies and deception. Although extremely reluctant and after numerous pleads to help, I finally gave in with the first amount requested. $4K USD... Most of our conversations were not about money but the work we both enjoyed doing, our families, etc. The requests just kept coming in and before I could stop I was in way over my head. I had a great job and made good money and was now sharing my hard earned funds to someone I didn't really know.
While the nagging feeling inside the pit of my stomach never went away, he always knew what to say to quell my fears. We started spending more time speaking about the fact he would never deceive or deprive me of the money I worked hard for to keep my family going (single Mom with one child). He last plea was to help fund broken down drilling equipment and provide funding for the family of the engineer who got hurt in an explosion... For a few months, he had me believing he was being held captive by the government because he owed almost $500K for taxes on the job he completed... The people he worked for decided to send him to Bahrain to work off the debt he created with the job in Cape Town and that was the last place he said he was. When he finished the job in Bahrain, he claimed he was stuck there as well being detained from making too much money. He even had hired a 'lawyer' who reached out to me on behalf of Michael to provide "legit" info on the case. The story gets more in depth with the pleas for money just to eat, etc. It is too painful to write more about this as I shake my head in disbelief.
I have not heard from Michael for 2.5 years now - the scam went on from 2016 through into 2019 Our last call was in April 2019 where he had called just to hear my voice. No request for money just that he needed to hear me so he could go on living. I was so angry inside, I barely spoke as I knew by this point I had been scammed beyond all belief. I am utterly ashamed of what I did to help someone I thought legitimately needed help - I have been repaying a huge debt over the past 4 years which isn't going to go away anytime soon. It makes me feel physically ill to think about how this horrible person could sweet talk his way into my life and cause me to do things I would never normally do (sending money to someone I never met!).