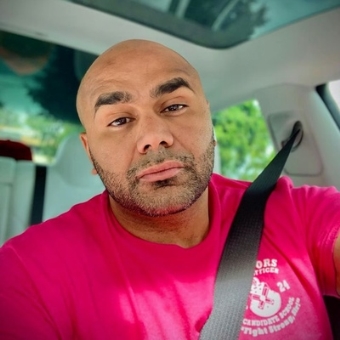 REPORT N1 (added on February, 23, 2021)
Carol (USA)
He contacted me. He had a photo on Match but a hidden profile. Claimed to be an engineer with a dog (Mr. Jack). Send me 3 dozen roses A WEEK (probably from a stolen credit card.) Said he was originally from Lisbon and had immigrated at age 12. I speak Portuguese and Spanish and he had no idea what I was saying. Claimed to have gone to college at the U of Lisbon...which made no sense. He planned to return to the US to work, so why would he go to college in Portugal? Oh, that's where his late wife was going to nursing school. She died 2 years ago. Two weeks in, he had to go to Sao Paulo to pitch a multi million dollar contract. I've been to Sao Paulo and it was obvious that where ever he was, it wasn't there. Then, WOW! He got the contract and was flying immediately to Ghana, with work scheduled to start on Monday. Then tradgedy struck. He lost his luggage with both laptops, cell phones, cash and credit cards. Could I run to the apple store and replace these items? (About $10k worth) and Fedex them to him. I asked if he had his flash drives so he would have a backup and he didn't know what I was referring to. So I told him I was going to the store right then. Later texted him, pretending to be the CHP. His was the last contact on the phone and I had tragically died in a car accident.
He is VERY CHARMING. His English is good but he doesn't know much about anything.