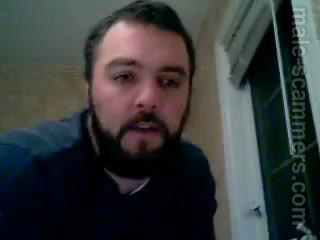 REPORT N1 (added on May, 30, 2013)
Lourdes (USA)
He contacted me on Wayn. We chatted for about a month But I was suspicious because of his horrible spelling, bad grammar and when he called me his accent was not American like he claimed he was. I played along and did not let on that I knew anything otherwise. He called me then while on the phone with me he got another called and told me he would call me back but I did not hang up so I heard the conversation and he was speaking pigdin. He realized I was still on the phone and hung up. He called me back and asked if I had heard the conversation. I confronted him with what I knew of him being a scammer and from somewhere in Africa. I got him to admit to it I asked him if he was from Lagos He confessed that he wires money all over the US. He asked me if my account could hold 50,000 or 100,000 and we would share the money. He says the money comes from dead and rich people. So I gave him a fake account I found on a scam baiting website. he told me his real name was Papi.

Romance scam letter(s) from Gunta Rakowski to Lourdes (USA)
oh my Dearest,
the cloud are beaming blue, the moons so full, stars are twinkling and grass ever green, in my heart bubbles like foamed detergent soap b/c of you.
i saw a virus at the blood of my vain and only finding out that it is your love, now living without you is so hard... and i don't wanna taste.you and only you my heart long to be with.
As spider web freeze a fly so your love has captured my heart.
Qua, quick, queen,quack, quit, quiet. i need you has U is to Q.
i want to love you eat you, kiss you, hug you, squeeze you,smooch you, carry you, keep you,all i want to do with you.
i feel happy more than a new elected president, more than a man who win jack pot, more than kids playing on the street, my smile is bright as the sun.
for U made my love fly free baby, you made me feel what no woman have done, like a thief in the night u stole my heart away from me and replace my sadness with joy..
Thank God for your love. like a gift from above you are sent
Read more