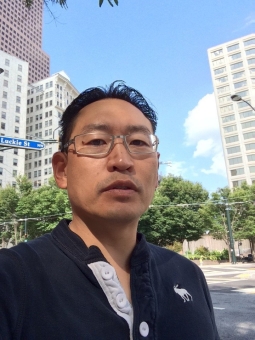 REPORT N1 (added on February, 4, 2021)
Eloha (USA)
I was also very unlucky this year, and I also encountered such a US military liar. He calls himself JACK LEE, Chinese name Li Wenchao. Use google hangouts and delete it if you know you on Facebook. WeChat was also used, and soon it was said that there was a problem with WeChat. Let you use googel hangouts. Their email addresses are as follows:
wengchoalee@gmail.com jack lee's mailbox. nancylee12gt@gmail.com Daughter's mailbox.
He became an orphan at the age of 12. His parents died in a plane crash. He has a daughter named NANCY, who is in BOARDING SCHOOL, a boarding school in New York, USA. Always show love to you, care about you, and unknowingly make you feel that life is perfect. He said he was a lieutenant colonel after 35 years in the army. Anti-terrorism in Iraq. Daughter boarding. His wife cheated on him 4 years ago and hurt him. Then half a year later his wife died in a car accident. The daughter followed along and cheated. I will write emails from time to time, calling your mother and saying that I miss you. Then the original poster said that he was suddenly going to perform a secret mission, telling me about anti-terrorism in Iraq. There are boxes containing various certificates and medals won by the army and the US dollars. It's stupid to lose 6000 Euros. Later, it was strange that I was asked to deal with Turkish customs duties for her, so I searched again online. It was found that there were many victims in the United States. One such case is the case I encountered. So I began to suspect and searched for information related to the US Army. https://www.army.mil/socialmedia/scams/, only to find that the US Army official website has such a reminder. It can be seen how clever these scammers are. Showdown with him, because the German police must ask me for money in order to help me open the case, very speechless. Asking a liar for money is not the same as telling him, I doubt you? There is no pie in the sky. Women should hold onto their love of pursuing praise and feel at ease in their days.
His message to me:
"Hello, I'm an easy going man, i do alot of thigs that brings happiness to people around me. I'm here to meet a woman who can be with me forever, a life partner, a woman with a sense of hunor... Lee"