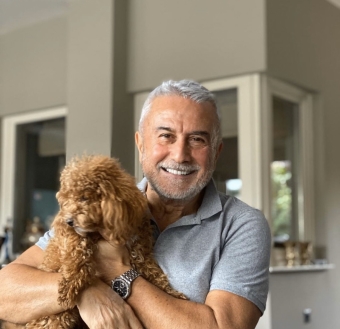 REPORT N1 (added on January, 18, 2021)
Andrea (USA)
There were many phone calls, not daily but several a week. I never called him, he called me. There are almost daily texts. There was also skype calls so the person in the photos is the person I talked to. I supposedly talked with several friends/ business partners who were helping him with money. This is not just one person, this is a MAJOR OPERATION with multiple players and they are will to go a year or more to get the maximum amount of money they can. Taking time to have intimate conversations for an hour or more to build up trust.
REPORT N2 (added on June, 17, 2021)
Petra (Germany)
Met this man on Tinder few days agon. Told me he lives very next to me (6 km away) which Tinder also showed me. That he wants to meet me in person asap. Then I heard nothing app. 5 days cause he was not feeling fine. Saw him right now on your site under the name David Clarke. Deleted him!
REPORT N3 (added on August, 18, 2021)
Rose (England)
Says from Sheffield.wife died 4 years ago from cancer. has a daughter Elaine in the states. Says he is an architect working on last project in cypress before retirement.
Called out as accident on site would be gone 10 days. Had to order machinery from turkey so delayed.
He is very good looking and has an accent but at times sounds like Nigerian hard to pin point. He is always sending lovely little messages and long loving emails. His pictures were checked on reverse imaging and showed them to be fakes. The site sign was altered and yet the digger was the same as the catfish picture with exact same tyre marks etc. His picture supposedly in the hotel foyer was of someone called Michael Stewart. He was crying on the phone and said had to go to hospital as blood pressure so high from the stress of someone steeling his ID. I blocked him but he tried again on a second phone. Be very wary he is good at what he does. I was heartbroken.

Romance scam letter(s) from David Clarke to Andrea (USA)
Good evening Luv, I smiled after reading your email, The essence I feel from you each time I hear or read something from you is a treasure on its own. One I will treasure. I really enjoyed speaking with you the other day. I hadn't even noticed that we'd been on the phone for over an hour plus. and I must say quite an interesting meal that must have been. I like trying new recipes. I love seafood and I'm trying to make this baked lemon Pepper Salmon...I'd love to cook you a meal sometime. I had an interesting day, had a meeting with an old investor, did some research on a project I am working on, did some alterations on some current designs and had another meeting with an engineer colleague of mine.
I love the view of the mountains,You take a look at it and take your time breathing it all in, when I was working in Iceland, seeing the Kikrjufellsfoss falls and the mountains across Reykjavik for the first time was like an out of this world experience, it's like time
Read more