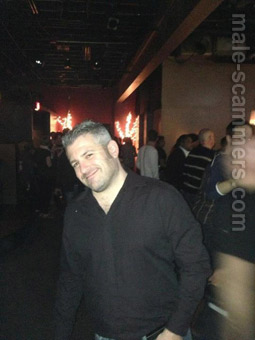 REPORT N1 (added on May, 20, 2013)
Veronica (South Africa)
Calvin Willson, contacted me via the dating web site just single parents (SA), we chatted and he asked me to chat with him on Facebook, then on yahoo messenger (alexzulu) we chatted within hours he was professing his undying love, he said he was working in the states, his parents were old and lived in the uk, and that he wanted to come back to SA the land of his father the last week in May he said he had lost his wife and children in a car accident. I gave him my mobile number,when he called me from a SA mobile number even though he was in the USA at the time, he sounded like an local African, I asked him why Alex Zulu, he said his names were Calvin Alex Clinton Willson. I have limited my contact as I told him, that he doesn't seem to be who he says he is, I asked him for photo's and proof he said he will get back to me as he was in a meeting. When I did research on the web, his Facebook page had woman young and old, with not much history, when I looked up his email address on the web it took me to the net blog site for Calvin Clinton (zulualex).
In being contacted by 5 different men, all born and raised in both SA and a foreign country,widowed,poor English, 2 coming back to SA in the last week of May, all from the same dating site.