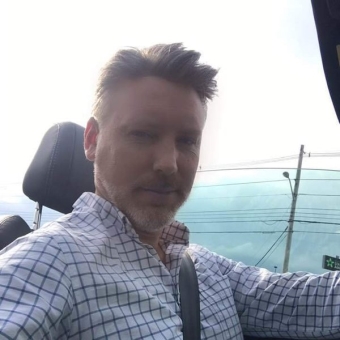 REPORT N1 (added on November, 9, 2020)
Sam (Canada)
I met Ben on Tinder. He said he was in Kelowna, Canada for a conference. He flew home to Manchester, England and we continued to talk. He asked to change to Skype 1 day after meeting online. He said he was a structural engineer and was designing a home for a client. Within a few weeks, he got the contract and would be flying to Cyprus to start the project (supposibly).
Once there, he got to work getting workers and materials. Within a week or two, 2 of the construction workers had a fight where his laptop got smashed and was unusable. The pandemic was full blown all over at this point and he was trying to find a new laptop. Apparently he tried to buy a laptop online but went to a sketchy site where they hacked his credit card number and bank info. The bank then froze his accounts. This is when he started asking for money.
I of course felt bad for him and didn't want him to go without food and things so I sent money to his translator via Moneygram. I didn't have much at this point because I am a single mom with 3 kids and going through a divorce. He was grateful for a small amount and I again felt awful for him. We had been talking everyday at this point for over 8 weeks. Soon I was sending more and then more. Got kicked off of Moneygram so I moved to using Western Union.
He then needed money to hire a lawyer to get funds to be released. It was a sad story that made me think he was dealing with people in a country that hated the British, the Americans and basically all foreigners. He was in a desperate situation and needed the money. I at one point wired him money to his lawyer through my home bank and he kept claiming it never showed up eventhough I had the bank do an investigation that said the money had arrived. He was growing more desperate by the moment as he said he was being harrassed.
He then said he was dealing with a banking issue from back home in regards to a private bank account. He also asked me to be very private about it and not tell anyone. Should have clued in by now but I didn't. He said the only thing he could do about the banking situation was to open a bank account in my name and they would move the money over. So we did this. All the while I was feeling quite safe with him as I had video chatted with him so I knew I was talking to the same man from his profile pictures.
Needless to say, he got me for over $12,000 over an 8 month period. I felt that if he was a scammer he wouldn't invest this much time into me. Boy was I wrong. My son went onto a forum only to find that the bank account was fake and at that time I cut ties. I kept my Skype open for the hopes that he will give me the money back. All the while I was lying to my friends and family about it all.
He has still been contacting me and trying to convince me that my friends are lying to me about it all. I feel absolutely embarrassed and ashamed that I fell for this. It is a horrible place to be.
REPORT N2 (added on November, 30, 2020)
Marilyn (UK)
Got in contact via Tinder. Felt like having some attention and was surprised he did not live nearby. Did not mind, becauseI was just having fun. We did write to each other, phoned together. All nice and fun messages. Great with words and I do not mind this very "safe" attention.
Told me that he lives in Swinton, Manchester (nearby some friends of mine.) Infrastructural Manager, 52 years, born 11-06-1968. Bulgarian father, mother from Ohio USA. Sent me pictures of his mom and his son: 12 years old.
3 years ago divorced after his best friend got his lady pregnant. Ex now lived in Scotland. Stopped all contact with his best friens and claimed he focussed on work, and flowergarden.Sent me pictures, of his house, range rover car, dinner.
Told me he was thinking of selling his houses in Edingburgh, and in Florida .Am not easily impressed by wealth or possesions, so did not care about that.
After 3 weeks with only nice talks, sharing some music and having fun, he he won a business deal in Istanbul. Needed to work there for 5 weeks.
Arrived in Istanbul and was robbed of all his possessions, except phone and about 15 bucks.Did not belief the story, but let it go. Just waited what would happen next.
Claimed he tried to arrange things via an hotel manager and police. But refused to visist the embassy. Claimed he slept at reception of the hotel and in a library.
Third day he phoned me and asked for money. Kept contacting me after I refused to send money. Seems he was convinced that I would send him money in the end.
When I confronted him that his credentials and pictures online did not match with what he told me, he acted surprised. For an guy who works with computers all day, he did not know much about websearching.
Curious, checked some of the pictures which he sent. House did not seem to be a common Manchester area house. Some of his pictures looks like they have been altered or taken from the web. Linkdin shows that his business was in Istanbul, Instagram account blocked.
When he was sure I would not give him any money, he stopped writing. He did not confess, but was clear what his intentions where.