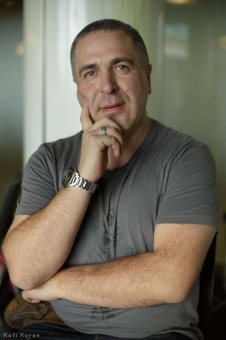 REPORT N1 (added on October, 27, 2020)
Elaine (USA)
I meet Jack Ambrosini on Chemistry and he told me that has wife died from brain cancer and he has only one daughter age 19 her is Syvia which she lives in Spain and also stated he was from Spain and his father brought him over to America when was 29 year old. He also told me he is a Jeweler in Florida and both his parents died eight year ago and he is running his father business which is called Woods World Wide Jewelers. How I got attracted to him was cause of his romantic smooth talking and how he want to make a life with me and his daughter and the only people in this world right now is me and his daughter. I never meet him but he just keep on telling me that he loved me and miss me and he love me with all his heart and he don''t want to lose me. I really wanted to meet Jack but he told that he had to go on a business trip to Accra Ghana in Africa. When he got there is computer which we were instant messaging on Yahoo.com before he got to Africa his computer malfunctioned and he wanted me to send him a Apple computer from America and I told him there Apple customer in Africa the one he wanted was MacBook Air and they computer store there did not have that one just MacBook Pro. So stupidly, I believe him and sent the Apple computer MacBook Air which cost me $902.57 and he wanted me to send it through DHL and I told him there is no DHL in my area only Fedex. So he told me sent through Fedex and it cost me 300.05 to sent to him and would take four day to reach him. When he did receive the computer he called me immediately when he got it. And right there he went to this Gold Minning company to receive gold and send it to me and he wanted me to be his beneficiary. So I agree to be his partner and documents was sent to me through my Gmail account and I fill them out and email the documents back to him on his Jacky.ambro@yahoo.com email. After that he said he brought 50 bars of gold which was worth 1.7million dollars and he was able to buy $42,400.00 worth of gold to bring to America and to me the only way he could get his money for this gold he would have to go to Florida and he wanted me go with him so he can get that 1.7 million for it. We were texting each on our cell phones and he told me he had to talk to me and he called me and said he could not send this to gold to me because he need $10,000 dollars to have this gold shipped to America. He told me he called his friend which was doing business in China and he give him $5,000.00 and he want me to send $5,500 to make a long story short I him sent that money though western union with name with of drivers Igboaungo, Zimuzo and when the gold was suppose to come to me on a Saturday at 9:00 am this morning I received text from a diplomat name Norman Bacon informing me that the delivery was cancelled because his visa had expired but will be renew on Monday and the delivery is for Wednesday at 9:00 am that day. I could understand this because I had sent him $700.00 to Norman Bacon for him to bring this gold to my home and this what he tells me. This is when I realized that I was scam out of a lot of many money which I will never get back and I reported him to police and they are looking into this matter for me. I have done a lot of research on him and every word he said to me was flat scam lie.