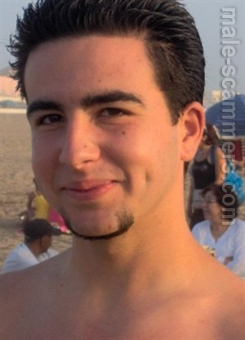 REPORT N1 (added on April, 24, 2013)
Benedicta (Indonesia)
We knew each other for the first time from dateinasia. Then we continue chatting using ym and skype. He seems like a very nice guy, polite, well educated, and has a good job. We also chat via video call and he seems so convincing. He told me he is italian, but right now in philippines for business, and has some cafes in italy, philippines and indonesia. He also an apartment in kemang area in jakarta where he usually stays while in jakarta for business. From our conversation he seems like a very nice guy, financially stable, travels a lot, and knows indonesia very well. We continue chatting almost everyday and he told me he was going to come to jakarta to meet me n for business. This was in september 2012, he told me he already in jakarta, but didnt buy a local number yet because he was so busy, so he couldnt contact me via phone. And everytime we planned to meet up, he always gone, and when he came back online he told me he couldnt meet me because sick, accident, busy, and he came back to rome because had urgent matter. I ever went to the apartment where he told me he used to stayed there but the security didnt even know him. When i asked him he explained it is because he rarely stays there and his apartment is not using his name, well i felt quite make sense so i believe him.
Then on october suddenly he asked me for money. He told me he needed to pay his staffs in morocco but had a problem with his bank account there so cant transfer the money. I found it a bit weird but i dont know why i still can believe him and sent him the money. After that we regularly chatting as usual and became closer. He is very nice to me and cares for me a lot also said he loves me so much and thinks that i am the one whom he gonna marry. Then at the day when he told me he gonna go to jakarta to meet me, he asked money again. After i transfer it, and he told me he already in jakarta, he really is a good actor and convinced me that he really in jakarta. But everytime we planned to meet up, it never happened. He was gone and when he came back he told me he couldnt meet me because got sick, got assaulted in the road and blablablah. I almost couldnt believe how come someone got so many bad things everytime he was going to meet me. But he also very very convincing that he is real and treat me nicely. We became closer day by day, we did video chat almost everyweek but during that time also he asked me money again and again with different reason. Need to pay staffs' salary in morocco is the most reason that he used. Once time i refused to send him money but then he told me it's okay but he had to go to morocco to fix things, and after that he still being nice to me. That made me believe that he was real, even i refused to send he still being nice to me. But it didnt stay for long, later he asked me money again with the reason that his bank in morocco has problem also so he couldnt buy the ticket to jakarta to meet me. Then he needed my help to send money for him to buy ticket so we can meet up. Then i sent him again the money because i really wanted to meet him. But i asked him his details because i am very pissed of and doubt him a lot because the money things happen again and again.
I asked him complete address of him in italy morocco manila and jakarta also his mobile number. I also asked him some questions that i ever asked him long time ago. And turned out his details are so weird and his answers are some different with what he said before. I also found out that he has several profiles in some dating sites and in each of them, he mentioned the different place of where he is now.

Romance scam letter(s) from Angelo Mazzagatti to Benedicta (Indonesia)
baby please I need your help again, I need to go to the airport now, please go to Western Union now and send 300 USD if u don't have it then just 200 USD and I'll give it you when 'll arrive cause the Western union agency is very far from here and I need to go now, just send it to the same address that I gave you the last time and if you lost it then here it is again :
Aoubiza Mohammed
14 Rue El jadida Bettana, Sale
Morocco
Zip Code : 11000.

Hi baby,
I just recieved an email from my employer and he needs some money, the problem is my partner is with his friends now and I don't know what to do that's why I'm sending u this email now so that you can help me because it's really urgent, I want you to go to the Western Union Agency tomorrow morning and send him 200 USD because he told me that he needs it because his wife is at the hospital cause she's pregnant so he needs that money tomorrow so that he can pay the hospital fees, I feel really s
Read more