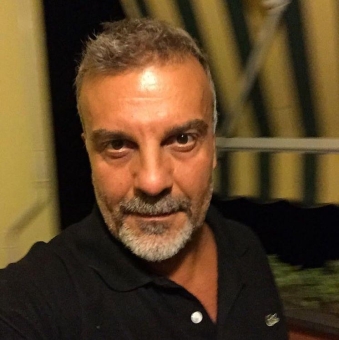 REPORT N1 (added on October, 1, 2020)
Roosje (Netherlands)
He is a civil technical engineer. he had worked for a few weeks on Cyprus, had been admitted to a hospital in North Cyprus ,with kidnney failure left, stage 4. It turned out that he was not in hospital at all, he also gave me access to his bank account, but up to and including the logo and the employees everything was false. I paid a lot of money to get him out of jail in Cuba, he settled the country with a large sum and was arrested. I paid for machines he needed and couldn't afford because he couldn't get to his money and xo there is too much to list. He has many instagram accounts and also several facebook accounts. I think they are several people. I have had him and his daughter lost on the phone. He is very charming, but they always ask for money! I paid more than ? 50,000, I would more than get it back .... I also have print screens, of the chats with the bank, photos of my contracts and track and trace of the bike and photo that the bike arrives at Havana, photo with his so-called right hand at the biuwplaats, Charles, daughter's name Ramona, now asks for money again. This has been going on for a year now and I think he is hurting several ladies. He cannot be stopped.