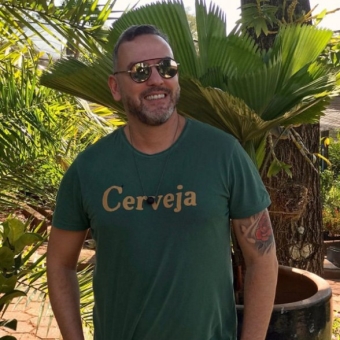 REPORT N1 (added on October, 1, 2020)
Carmen (Canada)
"So here we go....I'm 51 years old, an Englishman, (yes, I have the accent). Retired military, (Parachute Regiment). Currently working as a mailman.
I'm spiritual as opposed to religious, finding my own path as a Wiccan. I have no issues with whatever your faith may be and have no desire to force mine upon you. I would expect similar in return. As a British citizen and permanent resident here, I can't vote, but if I could, I'd vote blue, so if you're a fan of the twit in the White House, that's not going to work.
I'm separated, waiting for the world to return to normal so the divorce can be finalized in about 30 days, I think. This is seriously frustrating, being stuck in limbo. I assure you my intentions are honorable. I don't want sexting, FWB, or anything that tacky.
I enjoy a beer or two at the end of the day, but never to excess. The bar scene is NOT my scene. However, going out to concerts, and live bands is a different matter. Music tastes vary widely, depending on the mood...except Rap music, not my thing at all.
I'm Dad to two small Yorkies, (Webster and Pudding), they're spoiled rotten and I'm not going to change that, and we're a package deal. Love me, love my pups.
I'm not a wealthy man, but I work hard. I enjoy gardening and home improvement. I'm old-school enough to want to open the door for you.
Like most men, I'm average in the kitchen, but I'm pretty handy with a nail gun and Skilsaw, having spent 10 years in New Mexico framing houses. I think a man should shoulder the responsibility of the grunt and groan chores around the house, although that doesn't mean I'm dumb enough not to let a lady help.
I'm into healthy eating, mostly vegetarian, with a couple of cheats. I don't really want to give up on cheese...lol.
I enjoy gardening a lot. There's just something about working with plants and flowers that is so therapeutic, and seeing them mature and blossom, is incredibly satisfying.
I love my soccer, (Manchester United), I have a rather nerdy hobby - tabletop wargaming. Basically it's grown men playing with plastic toy soldiers. I'll tell you more if you really want to know. I enjoy movie night (at home or the cinema), and I have recently discovered Audible, (there's something quite enjoyable about having a book read to you). I like nest-building - home improvement is something I've always found incredibly satisfying.
American sport is something I've struggled to get into. not having ever been to a live game, and therefore limited to watching on the telly, it's just so stop/start, with, (let's be honest), bloody awful commercials. I'm willing to be re-educated though.
As a mailman, I walk, a LOT, during the day, and that's me good to go as far as exercising or working out goes. If you want someone with a hot bod, and six pack abs.....sorry, that ain't me. I don't mind a leisurely stroll through the woods or along the beach though, and my pups enjoy their time out walking.
I'm the first to admit I'm not perfect. I have flaws. You don't get to 60 and stay perfect unless you're Mother Theresa!
Am I worth more than a glance? I hope so. But let's keep it practical, and stay within a sensible commute from New Castle.
I'm open to a Q and A session, small talk, just about anything really.
So that's about it really. I'm just an old-fashioned kinda guy, looking for an old-fashioned lady, with whom I can enjoy the rest of my life.
If you made it this far, I must have piqued your interest, so go on...message me. What have you got to lose?
I'm looking for a lady of comparable age, build, and ethnicity. Someone who's tolerant of my slight absent-mindedness and extremely mild deafness,(courtesy of an IRA car bomb). I've been told I talk loudly sometimes, especially when I get excited.
I don't object to someone who's an occasional smoker, but if you're a virtual chimney, that's not going to work. Without wishing to sound mean, I won't respond to users without a picture. Come along ladies, what have you got to hide?"