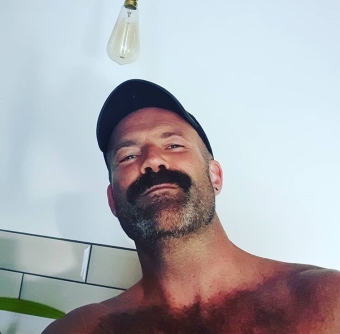 REPORT N1 (added on September, 28, 2020)
Jody (USA)
This man has borrowed about $5,000.00 from me. He started as Zack Freiburn, which was a stolen picture from a doctor in Denmark. When confronted about it, he denied it. I sent him the link to that doctors television show. Then i blocked him. He had asked for several amazon cards so he could keep conected to wifi, internet. Supposedly he was in Africa at this time, serving as a doctor in the US Army. Another lie After a few months he contacted me via email. Said he was sorry and wanted to come clean and be real. He said he had a job on an oil rig, just off the coast of california, but needed money to get there. I sent him money to go. Once there, he said he needed another 600 for paperwork. I sent that too. After a few months he said he l8st his wallet and needed mire help. He wanted me to pay another woman who would order him barrels for the oil. Long story to that. I have her contact information too. He sent me his information to his bank accountm which said he had 14 million usd. He made me feel secure, but then he hacked my cashapo account and stole my koney out of my bank acvount. I was horrified! I dont want anyone else to get ripped off!