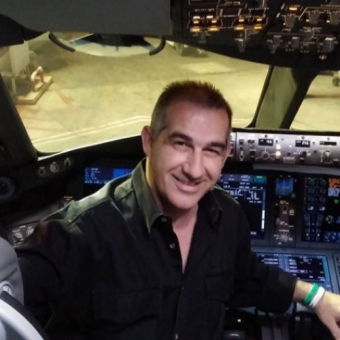 REPORT N1 (added on September, 24, 2020)
Judy (USA)
Met "Daniel" on Pintrest and exchanged a few messages there before using Apple text messaging. He said he lived in Marietta, Georgia which I found to be odd because I live only 30 miles from there. Conversations between us were very pleasant and in time lead to being quite deep, personal and affectionate, leading up to talk about marriage. Said he was divorced, has a 19 year old son away at college in New York, is a self employed gemologist, was born in the U.S., but grew up and went to school in Germany and moved back to the U.S. 20 years ago. I was curious one day and searched and found him on Facebook under the same name. His FB profile said he lives in Austin, TX and he went to college in Dallas, - also said his hometown is Savannah, GA. In confronting him with this info he became very distraught and said his son had to have put that info up on FB. I didn't believe him and he immediately blocked me from FB and text messaging. I use Telegram on occasion and one day his name popped up as a contact but he had obviously realized it and blocked me, but I did see he is using the same phone number, which strangely is a Denver number. Having done some searching and using reverse imaging, I found several dating sites (Charmnow, Loveplanet) where he goes by the name of Christian and lives in Turkey. Bottom line is I have no idea who this person really is, or where he lives. On Pintrest, he went by Daniel Clayton, Henry Wins and
James Peterson, all using the same picture