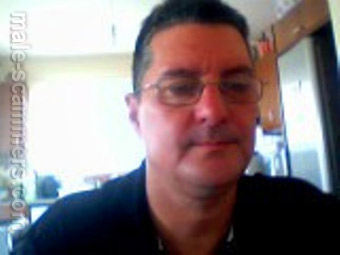 REPORT N1 (added on April, 23, 2013)
Lynn (Thailand)
This guy msg me anonymously via FB. He claimed he is a divorcee aged 47 yrs old, with a son of 5yr old son live in Kensington and his mom live in his late dad's native home in Doughty street. He said he has gone through a bad divorce with his ex-wife and he won full custody of his son. The divorce has made his life empty as 70% of all that he labored for goes to his ex-wife. He still owed the Bank coz after the divorce he bought a new home to start new life. He still owed the Bank. He claimed he worked with Lady Moura Yatch company (based in Monaco) as a Coordinator. He started as a diver initially. The yatch sail between Porto Cervo, Palma de Mallorca and Monaco. He worked on the yatch for 2 mths non-stop and get 1 mth holiday after that. After 2-3 week msging in FB, he started his love & emotional confession for me and want me to commit to his love. Soon after that the smooth drama begins where he claimed his late dad worked with the UK Embassy and also a member of town planning & city development during his service year before he passed away. He got a call from the Ministry of Work & Pensions UK office, and was told to go over to the Pensioner office immediately regarding his late father's claims.He also claimed he has been going for the claim for 3 yrs already and finally there's some progress. However he claimed the Pensioner officer require him to pay tax and insurance charges regards to the claims before they could release the claims to him and the charges amounted to 18,000 pound. He said he don't have such cash in a short time.
His second drama is he claimed that he is waiting for a motor-boat business deal in Italy to be signed off. If that deal goes through he can restore back what he has lost. The deal went through and he got the contract. Few weeks later, he claimed he has to go Italy to collect the contract money from other partner and to bring the money to deposit to the motor boat company in Hungary for the deal.More drama during the trip....he called to say he is detained by the Hungary immigration officer for the large amount of cash he carry with him and suspecting him of money laundering. To clear him off the charge without going to court, he need to pay 300,000 pound penalty within a week. A week pass, he cannot come up with the money, all his business partners silent themselves away coz never want to be associated with the money laundering charge. He has to face the court, and he was sentenced to 7 yrs jail. Later I found out his profile is a fake profile. This profile was created by African/Nigeriam scammers. One of my lady friend also received the same anonymous FB msg from this profile. My friend alerted me as she recalled I mentioned this person name to her before. She even forward me the FB msgs that Arrison Wade sent to her (of which during that period he supposed to be in jail as what I know). Please be careful with this name Arrison Wade. The profile is still active in FB.

Romance scam letter(s) from Arrison Wade to Lynn (Thailand)
Hello there! being a privilege I am Elated to meet such a good looking lady like you here,How's your day?where are you from?

Hello,pretty lady,how are you this faithful morning?I wrote you so we can know better,I like the way you are on the photo.I hope you will be able to write back to me this time.I will be expecting to read from you any moment from now,I admired you a lot,you look humbled and cute,I wish we can Interact here more and more...have a nice day.

Hi Lin,Is indeed a surprise to see your message lol,You may call me Arrison.It's really a long time I expected to hear from you...Your so amazing on the photo. I found you good to be friend with me.I like your picture.You look so simple like me he he.Where are you from?I am living in Kensington.I believe we can know more better.Write back.