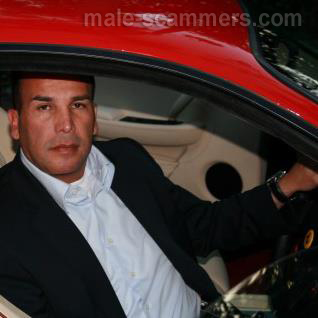 REPORT N1 (added on April, 19, 2013)
RC (USA)
He claimed as a Surgeon from Dublin, but he is reside in London. We become friend from Facebook, he is inbox me message and I also message him, just chatting also there...
He said that he works for UN and just back from Afghanistan, but his wife cheating on him, so he has his daughter with him in London, his daughter went to Bording School...
Recently he sent me the ticket of his flight, that he said he need to go to Malaysia for business.
He flew there on April 14, and he got in Malaysia just today April 15, but incident happened, he got held in Malaysian Custom because he brought a lot of money in cash!
He gave me his Malaysian # +601116224270, he called me asking to help him... He asked me to send him $3000, via Union Western through Malaysian Lady name Marine binti Mamat Kuala Lumpur, which just met him in the airport. I told him to have that money right away is impossible... and he said any amount will help but $1000 will help him because he has $2000 in his pocket! (sounds crazy right?)
He keep calling me back and forth and text me message and beg me to help him...? a Surgeon will DO that...? I don't think so... but I keep in play, I promised to help him, I said to him don't worry help is on the way, because I have friends in Malaysia, and work for government there.