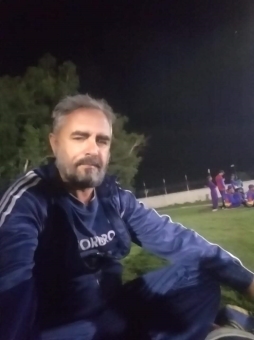 REPORT N1 (added on August, 11, 2020)
Elaine (Australia)
I had been in a relationship with this man Gulzazr Muhammad for over 2 1/2 years. I have just found out he is married, not single as he said. 2 weeks ago he married another woman. This person i now know. He will make out he is a poor man, but he isn't. He has an excellent paying work as a School Teacher, & he also teaches orphan children in the afternoon's. He conned me out of 2 late model Samsung S plus, Mobile Phones. One, he said he lost, the other, i was told he has given out as a gift to someone. After a time, he wants to see photos of of you naked in the shower or he wants to see your breasts, or private parts. He will ask to have sex together on the computer with him. I did none of that. I have morals . I did catch him out with 2 other women in June 2020, this he denied, i forgave him. This week i caught him again with another woman, the woman he married 2 weeks ago, which i didn't know about. He will send loving messages from a book to make you feel special. He will tell you he loves & adore you. But these are all lies. I have since found out, he has many women he contacts all over the world. I didn't know of his latest marriage,until that woman told me. He was still pledging his love for me, & calling me his wife, & that if i left him, he could no longer live without me, even though he married this other women 2 weeks ago. He will bombard you morning, day, & night leaving messages or wanting to talk to you saying he loves you Making you believe, you are the special & only one to him. But when finished talking to you, he then starts up talking to other women . He is a smooth talker, which i fell for. His latest wife contacted me telling me he has lots of women. And many women had contacted her previously telling her , this man broke their hearts. She had been with him for 8 years, then she left him. Then after all that time apart ,he entered her life, married her, now she finds out about about other women again, as well of me. No woman deserves to be conned & told lies. If he gets caught out , he will deny he has known you. He told his wife i was an old friend, this was not the case. I could prove it, & sent her our long last conversations, with his photo beside our messages, plus about 300 photos of himself, that he had given me. The very same photos i got , he sent them to her as well. That's because at the time prior to him marrying her, she lived elsewhere. She was shocked & could see i told her the truth. If this man contacts you, keep your conversations. If you catch him out, he will block you. Skype, Messenger,& Whats App was where we talked. But he is on dating sites. Tagged was where he contacted me. Please give him nothing, he will use you,, for sexual desires for himself. You will mean absolutely nothing to him. Its like a game he plays,, to see how many women he can get. His latest wife has now left him,as i did too. BEWARE.