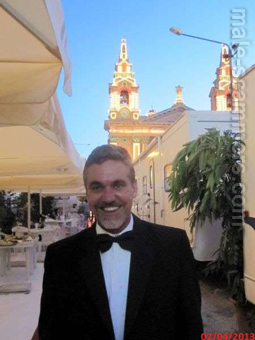 REPORT N1 (added on April, 17, 2013)
Kathleen (USA)
We met through Match and began to sent text messages to each other through my cell phone and email address since he said that he didn't check his match email too much. In January 2013, we corresponded back and forth intermittently until I actually had an encounter with another scammer Richard Brown. I confided in Lawrence about this scammer and he told me to not have contact with this Richard anymore (kinda being protective) then I don't hear from Lawrence anymore. I started thinking that he was an accomplice. But I get this text message on January 28, 2013 out of nowhere from him and he calls me saying that he wishes that we could meet and that he didn't receive my texts since he was in the UK and that he thought I would have trust issues an didn't want to deal with that. We have been texting each other day for 2 1/2 months.
Strange events: His Alaska 3 week project is still not over. He leaves for the project right before we can meet. He is supposed to have a masters degree in Engineering but the 2.1 million dollar project with Exxon has multiple funding issues. For example, he forgets to add shipping to a supplier in Thailand which is $50,000.and another time for 5750. He is getting money from all different resources to help fund it- his mother, the bank. He has his own business but no line of credit and always just uses cash. The Thailand company is never named but money is wired to a person's bank account.
REPORT N2 (added on February, 12, 2015)
Donna (Australia)
Celio is on here already, second listing on page 4. We planned to meet next week, he had exactly the same storyline as listed on page 4. Wanted to advise that he is now using the name Celio Bergmann. His identity it Todd Hunter, NZ musician/pianist fromt he 1970s band "Dragon"..

How are you ? hope you had a good day. Thanks for sharing your email address with me.

A little more about me, I'm mixed German/Spanish, dad is German and my both parents have passed away. I am the only child and I have one son too , he's 24 years doing MBA currently in the London. I have lived in Australia since 1985 when I married my ex wife(Australian) and we have been divorced for 9 years now. My Ex wife picked up a drug habit and had a secret affair with my best friend which went on for 3 years, so believe me when I say I know how it feels to be cheated on by someone you love genuinely. This shattered me at that time which led to our divorce which i have never regretted. I got into a relationship 2 years back which didn't end up working as she was still very much into her ex so I moved on, now hoping to find someone who knows what she wants in a relationship and done with ex's.