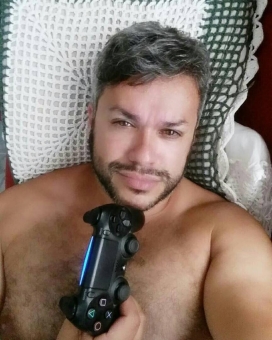 REPORT N1 (added on July, 21, 2020)
Kelly (USA)
Person contacted me on Linked in, claimed to be an Orthopedic Surgeon from Boston, on his way to Seoul Korea for a 4 month contract with the Army Medical Corp to work at Camp Humphrey. Was a single dad of a 7 year old son, who he was leaving with the nanny that raised him. Both of his parents, deceased, no siblings. Very entertaining story from the start. He has all sorts of stress once he gets to Seoul, hates it there, can't FaceTime or video call as it is against policy on the base and the military has his phone "altered" after he sends pics against the rules. His laptop "dies". He did one voice call, and I pointed out his accent was not remotely from Boston. We chatted almost daily from March of 2020 until early July. He attempted a couple of scams, which I laughingly refused to participate in. 1) he caught Covid, and was admitted to the hospital, and wanted to deposit money into my banking account, in case something happened. I told him to send it to the Nanny, or just mail me a check, I would hold it for him or send it to her if something did happen. Then, he decided 2) he could sell ventilators to a hospital in Dubai, and if I would deposit a certificate of credit into his bank for him, he could come home early. Because he didn't trust the internet there in Korea . . .He mentioned a bank name while he was trying to convince me this was harmless, and when I search for it on the internet, there was no such bank. I told him that the US Government monitors all large financial transfers in and out of the country, so if it was shady, I would be the one they came after, so no, I was not going to do that, nor was it possible since that wasn't a real bank anyway. Then, the best one, he claimed the nanny was now sick, and there was no one else, other than her messed up daughter, to go take care of her and his 7 year old son. And she was refusing to go and do that unless he sent her $1000 CASH through fedex. I was rolling with laughter (good thing we only chatted via WhatsApp). He does everything he can to convince me to send cash, even sending me a fake text from her with the address in Baltimore MD, and her name (shouldn't he know her name?). I told him, no worries at all. You can send her cash from your phone, via western union! No matter what her issue is, she will be able to get to Western Union to pick up cash. After that he never was mad, but he was very "sick" and he didn't chat for a few days. During that time, I did a search on that address. What came back was more than disturbing. 4 names, of people that all have criminal records, one for 1 and 2nd degree attempted murder. Over 268 arrests, just for this one person. A cannabis business is also registered to this apartment, and the owner? Not a resident, but listed as Nigerian. None of the residents have the scammers name, phone number or the name of the business owner. So I chatted with "Richard" for an other week or so, never mentioned what I found out, and the next time he went 4 or 5 days without chatting, I blocked everything. I have been waiting a while to report anything, as I realize the people at that address are the scammers, and possibly are part of the Nigerian group that do this around the globe. I still do not get a hit on the photos he is using. I have the names from the residence in Baltimore, and the most recent WhatsApp chats saved. Screen shot of his twitter and linked in, though the linked in is now gone, along with the initial connection and messages (probably why he uses Linked in). I can provide the names of the people and the Baltimore address for you to see if they match with known scammers. I didn't want to do this prematurely, I guess I will wait for an admin to contact me for next steps. This was all very entertaining and amusing, right up to when I started reading the heavy duty criminal records of the people in the Baltimore residence and realized the possibilities of the global network. I see that the person reported can provide proof they are not a scammer and be removed, I do not see if you contact them and tell them how they were reported - I have very real concerns about the people that are connected to this.