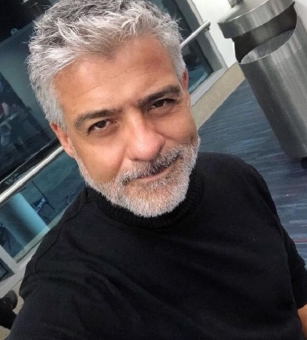 REPORT N1 (added on July, 6, 2020)
Marie (Canada)
He says he's an Architect/Msc Civil Engineering, a Team Member Under Five Star Contractors https://www.fivestar-contractors.com I also engage in general contracting like supplies of building and construction materials.
He says he lives in Burnaby and moved from Ontario after his wife died. 33-year-old son and 8-year-old grandson who lives in New York and also an Aunt who's like a mother in New York. Went to work on a project in NW Washington, then the phone doesn't work and then started asking for Vanilla gift cards. After checking around, I told him that he could buy them online and he ghosted me. Before this, he phoned every day to tell me how much he loves me and sent me awesome romantic emails. He even proposed to me online. We talked for 2 months.
He has a strong accent. He said he came from Sweden when he was 18.

Romance scam letter(s) from Michael Harvey to Marie (Canada)
Hello Marie,
Thanks so Much for allowing us communicate on pof.com , I would like to use this medium to introduce myself again Rather than what i had to say while we were chatting on the site. Will be 64YO(May 22) Widowed with a Son(33YO) who's married and doing well with his own Family. i have a grandson too,he's 8Yo.