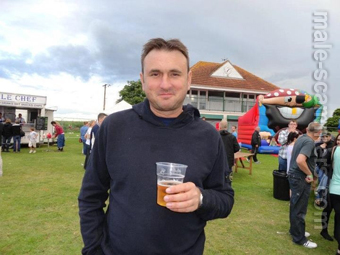 REPORT N1 (added on April, 15, 2013)
Paloma (Brazil)
He found my profile on DateHookUp and asked if I wanted to contact him. I liked his profile in DateHookUp and sent him my skype and Facebook users. We became friends via Facebook (he told me his phone didn't support support skype). We talked everyday, first only through Facebook and then twice a day through phone as well. It lasted for almost 3 weeks. When we started to talk, I googled him and found nothing, using all information I had: his name (Dr. Joe Douglas), his professional (veterinary doctor), location (Liverpool, UK), date of birth (March, 26th 1967) and phone numbers. He told me he had a 8-year son, Jeremy, and I used his name too searching on google. Still, I found nothing. As I was traveling to Europe for vacation in a month after we started talking, we were talking about me spending 5 days with him and his son at the end of my vacation time. Although he said he was looking forward to meet me in person, it was difficult to agree on a date because he said he needed more time in order to be able to take some days off so we could spend all the time together. I asked for his address more than once and he changed the subject. On the Saturday night, the last time we talked, he said he had a bad day because he was having money issues and I told him I didn't have any money to help him and he said it was ok, he'd take a loan on Monday and that was his problem to deal with. He asked me to keep our communication in secret because he was worried my friends would "discourage our love" and he wanted to be a surprise. On a Sunday night, I received a few phone calls from two different numbers (081 96789687 and 081 9852-1888) but the connection was too bad and I was not able to understand. Then I received a call from the number he used to call me (23480 35281424). When I picked up the call, it was a dr. Malvin Nuel from Abbey Sefton Hospital in Liverpool. He asked me if I knew Dr. Joe Douglas. When I said yes, he told that Joe was in a car accident and that they'd found my number on his cell phone and his address on his wallet, that he was unconscious, he was injured on his chest and left eye and if I could come to the hospital. I told him I was still in Brazil. I asked if Jeremy was with him and he told me Joe was alone in the car. I asked him to send someone to his home address to check on Jeremy. As I was so nervous, I gave him my work email and asked the doctor to send me the information again per email because I was not understanding his name and the name of the hospital. I tried then calling all numbers I had for contacting Joe and every time, the same doctor answered and assured me he was telling the truth. I called some friends, including someone who's English and lives in California, and my friends agreed to help me get information. When I received the email, there was a picture attached, showing Joe with a black left eye, bruised on his chest, but it looked like he was conscious, on a couch and during daytime (it was around midnight in Liverpool). My friend, who contacted the hospital and Liverpool police, told me there was no Joe Douglas or Malvin Nuel in Abbey Sefton Hospital or in Liverpool and there was no car accident with a male alone that night. He alerted me the number I had as Joe's cell phone had a Nigerian country code and that the Hospital had told him they would never send a picture by email.