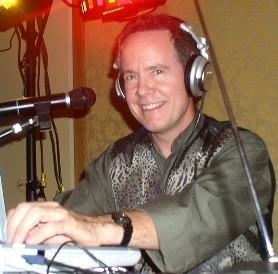 REPORT N1 (added on June, 11, 2020)
Melanie (England)
This guy was had a wonderful profile on dating website. I initiated contact with him through that website. We have been chatting on messenger for about 2 weeks now. Things were going great until one day I thought something that he said sounded like something I had seen on a website. I googled it and it turned out that he had copied and pasted him comments from a website that quotes love comments. I continued to do this with everything that he said and it was all from various different sites.
He told me that he was working on a contract in Nigeria to build some type of building down there and had been there around 5 mths and his contract was almost done. He said he couldn't wait to meet me and that we would start our relationship once he was back.
Last week he told me he had been paid and sent me an email with an attachment of a bank draft he was given as payment for his work. It was for $5,000,000 US. He said to keep it secret because he had worked really hard for that. I googled some info on Nigerian bank drafts and this one is definitely fake. (Too many digits in the account number.) He then told me that he was going to book his flight home and would send me details of his flight. I got an email from him showing the webpage he had used to book it. It showed it was still awaiting payment and that he had to complete the payment or the booking would be cancelled.
I was chatting with him and he said that he had just had his car broken into and his wallet was stolen from it. (This, while he was in the shopping center buying stuff). He told me that he reported it to the police but they told him to come back on Monday. This is where he asked me to help him pay his bill for the last two nights he would be in the hotel. He asked for $250. I told him I didn't have that to send him and he went on about if I loved him I would send it, etc etc. Obviously by this time I was aware of him being a scammer so I refused to send the money to him.
I have not told him that I know he is a scammer.