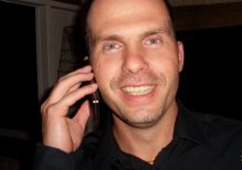 Romance scam letter(s) from David Hudson to Sheila (USA)
No need to say sorry I should be the one to say sorry. I had an emergency at work so I had to work longer. I got home late night I tried to call but you must be sleeping so I dropped you a voice mail. I listened to your voice mail with big smiles on my face. Your sexy voice makes me wanna be with you soon. I got your email too. It pretty sounds like you got an interesting family. I hope to meet everyone someday and I wish they will like me.

I understand that you need to work but all I am asking for is not to overwork not good sleeping over at work.

I tried to restore my facebook account but it didn't go through. Its hard cuz I couldn't even remember the log in details. it has been long.

It wasn't easy sleeping last night, I listened to your voice time and all over again, looking at your pictures, your beautiful smile. It was hard to keep my eyes off them, it wasn't easy to stop thinking about things we have shared, a lot going through my mind, it’s all li
Read more

Romance scam letter(s) from David Hudson to Eloha (USA)
i would like to meet a well mannered woman who is looking for a long term relationship, who still has dreams and believes in love if you are looking for the same thing please get back to me