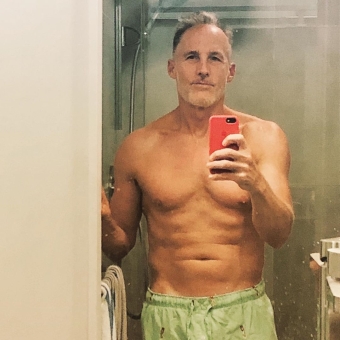 REPORT N1 (added on May, 11, 2020)
Tess (USA)
This man posing as a 56 year old French man living in California found me on Zoosk. He pretended to deactivate his account because he had found me. He sent multiple emails claiming to be a gemologist. He was working on a contract to mine in Poland. He would not FaceTime even though I knew he had an iPhone. I ran his emails through a plagiarism software which led me to this site. He would text every morning quotes and a greeting. We spoke daily on the phone. He supposedly flew to Poland on April 26th and when he got back he was coming home to me. He sent me pictures of his mining license with his supposed passport number and home address. Well day two his wallet was stolen. Supposedly with 3200 euros in it for wages for his workers. He sent me a copy of the police report. He told me he called his bank but it would be 5 days before he got his cards. He waited until the next day to ask for 3k to help cover everything until his cards came. He got belligerent when he did not receive money, he asked me to send it by Zelle to an email belonging to Donna Lyttle. He sent multiple pictures and did not seem to know French when I spoke it to him. He claimed he grew up in Oslo Norway so he knew Norwegian more. He cried on the phone calling me over and over until I told him I ran his emails through plagiarism software.
REPORT N2 (added on May, 14, 2020)
Tina (USA)
I submitted the report for David Masson after he tried to scam me. He immediately created another zoosk profile and contacted me a second time...either he does not remember who he is trying to scam or he is toying with me, At any rate he is saying he is David Hentschel 56, widower with a 10 year old son who lives in NC. He claims to be in the fabric business. He has sent so many pictures. He even sent me a few of the same from the last time around.
After he stopped speaking to me when I failed to send money. He created yet another Zoosk account and contacted me yet again! This time claiming to be in Las Vegas and his name is now David Paskov Hentschel. He claims he is Russian from Moscow. He has an inheritance and a link where someone can log in and check the account balance with over 20 million dollars. He only needs the 24k to pay the taxes and he will make me retire. He does not email, he claims he has a 10 yr old son that is in NC. He is widowed and will go to prison if he is not helped.
REPORT N3 (added on September, 13, 2021)
Lucy (Italy)
He contacted me on Tweeter. Friendly talk at first, then when I told him I have a boyfriend he told me that he Love me. Pretend to be and Engineer on a contract in Turkey. No Family looking for a life partner. After a while he ask me what are my plans for the future and if I heard about Bitcoins. At this point he show me he have invest a lot of money in a forex trading platform that apparently make the investment thrue that platform using the Bitcoins. I started to look this site and guy online and thanks to reverse image scanning I found out that he have 10 - maybe more other profiles on many Russian dating sites (always different name, age ). He try to scam me for about 2000$. My luck that I didn't trust in any of his promises and ghost him.

i am so happy to meet you and looking forward to getting to know more about you. You have giving my life a new meaning since we started communicating
Now let me saturate you with more info about myself.
My name is David Masson as you already know. I'm a 56 year old french man Proudly born on the 22nd of Sep 1965.
I met my late wife while on an exploration in Alberta in the 80’s.
Both my parents are dead and I have one sister ( Lizzy). She lives in Australia with her husband and has grown up kids so I am an uncle to 2 boys. She is going through a divorce now and it has really been tough on her. I do my best to support her in anyway I can.
It is a pleasure to be hale and hearty and be here typing to you. My years of living have taught me that nothing happens by chance; there is a purpose to every event. I always say a good experience leads to a pleasant memory and a bad experience leads to a good lesson!
I am looking for a relationship
Read more

Romance scam letter(s) from David Masson to Lucy (Italy)
Lucy, I feel terrible. I am to blame for all these.
I don't know if you would ever be able to forgive me. Please deny any affiliations you have with me.
Tell him you haven't known me for long and it's nothing going on between us.
Please try to pacify him in the meantime.
I would take responsibility.
I would be hoping for a reply from you.

Love, that would be great.
But you know Turkey's not my home.
And I am here on work purposes.
It won't be fair to have you here at this time. That's why I want you to pacify him or find a way to make things work.
I still keep my promise to you. I'll come to Sardinia and pick you up in the soonest time possible.
I am really saddened by this. Please let me know if you are safe.
I love you Puppy

It's alright sweetheart. I'll be expecting you in Turkey by Sunday.
I'm really sorry putting you through so much stress.
Please let me know if I can call you anytime.