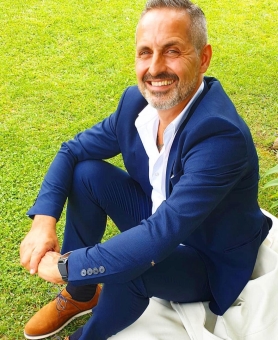 REPORT N1 (added on April, 2, 2020)
Marina (Belgium)
Scammer i think, if i see that he also being here. I'm not for sure. i talk 10 months and lost money. He asked me now also money for food. I lost my car it was romance scam. I'm broke. He told me he is in New York.
REPORT N2 (added on October, 20, 2021)
Sterre (Netherlands)
I met him on Tinder. His username was God First. He explained because he lived God. After exchanging some information on Tinder we used Google Hangouts to chat. I had to add him by email. I Googled his email but got no results. He had introduced himself as Aleksis Radoslav. A Latvian Pediatrician working in a hospital in The Hague. So I googled all hospitals to find information about their pediatricians but I couldn't find it. A friend of mine told me to ask for his BIG-registration. A register that all doctors need to have working in the Netherlands.
But before I had a chance. He informed me that he was flying to Kalba (United Arab Emirates) to get some things done for work.I asked a few questions but he was very vague about it and joked that he would come back. I didn't need to worry.
So I figured out it would be some paperwork. After a few days he was still in Kalba. Turned out he headed back because he accepted a job over there 9 months ago and needed to finish that before he could go back to The Netherlands. This took me by surprise because given the information he shared with me it sounded like a quick back and forth. I couldn't really put my finger on it, but something felt off. It was not a lie, but he had kept information from me that was important to know.
Meanwhile he told me that this would give us time to really get to know each other. He was thinking about settling down in The Netherlands. And from early on he expressed he wanted me in his life. Take care of me, treat me like I deserved to be treated. I would be in his heart forever and nothing is going to change that. Coming from a troubled relationship I made very clear that I would take things slow and would make sure his actions would speak louder than his words. He understood that it was hard for him selling his stuff but I needed to give him a chance. I wouldn't regret it. He started calling me honey, babe or hun very soon. And although we never met he already fell head over heels with me. Confessed his love for me and how I finally made him happy. Showering me with attention and sweet words and treating it like we had a relationship. To me this was way too fast. And I continuously pointed out that I needed more time and didn't want to rush into things.
He was an only child. His parents died and he cut ties with friends because they all knew his wife slept with his closest friend and no one had the decency to tell. Which can happen.But I found it a red flag that I couldn't find any information online to verify his identity. Except for what he told me. So I kept searching on Google in the hope to find info sooner or later.
After searching he e-mailadres I finally hit the check pot. The reason why I didn't got results the first time was that he made a typo in it stating: Jurisandetson01@gmail.com, while Juris Anderson immediately directed me to this site. I recognized his picture immediately. The way he talked to this women. And was shocked to read that somebody had already lost money over him.
Our conversations didn't head in the direction of him asking me for money yet. But he knew I had kids and where I had been gone through but still. I confronted him with the picture asking if it was him. He confirmed and immediately asked where I got it from. I didn't tell him where I got it from. But told him that our ways would part from now on as he would understand why. He tried to explain. Telling his picture was stolen. Telling me that he wasn't even on social media for a very long time (which I believe is just to erase his tracks). When I noticed I didn't buy his crap. Then he tried to twist it and make it about me. How I never trusted him and he eventually would have known I would push him away. That it hurted him that I never trust him. That I of course I would have listened to friends who warned me.He victimized himself not taking any responsibility for his own actions. Nor understanding why I wouldn't take any risk with him. He acted very defensive. Although he never admitted it his behavior was louder than his words. I blocked him and informed Tinder about him.

Romance scam letter(s) from Juris Anderson to Marina (Belgium)
Honey it’s not a dream and your words break my heart because it only beats for you. I love you and I’m not a mystery I am real and I will come to you in person.
Don’t throw away what we shear. I wanna be a part of your life and you also a part of mine. I love you so much and all that matters to me right now is seeing you.
If I Die your money will always get to you because I already dropped all your details with them and asked for it to be sent back.
I’m sorry this is happening my love. But I don’t wanna loose you. My heart is heavy and tears fill my eyes. I love you.
Unblock me and if you want we can talk here because talking to you is like air to me. Please my love believe me

I know you have been talking with another doctor and I am glad to inform you that he’s only gonna cause your doom.
Honey unblock me and let’s talk.
I’m sleeping in the streets here in Vegas and it’s not so nice for me.

I have always got you back and I e
Read more