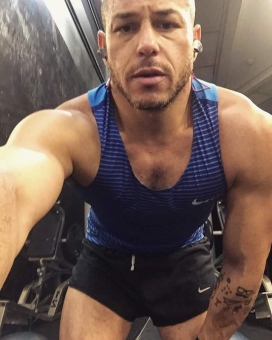 REPORT N1 (added on March, 26, 2020)
Ann (Norway)
Got in touch with him on Tinder.
He was in my hometown in Norway working as an Independant Contractor. Half italian/half american. Grew up in Napels, Italy. Moved to L.A 12 years ago. After 2 weeks texting on Whatsapp and talking on the phone, he suddenly had to go to Istanbul, Turkey on a job for a few weeks. While there, he got hospitalized and needed money for treatment.
Another woman, whom he claimed was a collegue, transfered money to me for his treatment. I sent him this money via bitcoin. He claimed he had money, but could not access it because his card was broken. There were also delays when he was supposed to come back to Norway for his long term work project.
He needed money for plane ticket.
When I was supposed to pick him up at the airport, he didn't show.
Then I contacted the woman who had transfered money to me. It turned out she also met him on Tinder. He had told her that I was his collegue.
He scammed us bouth, and now we can not reach him.